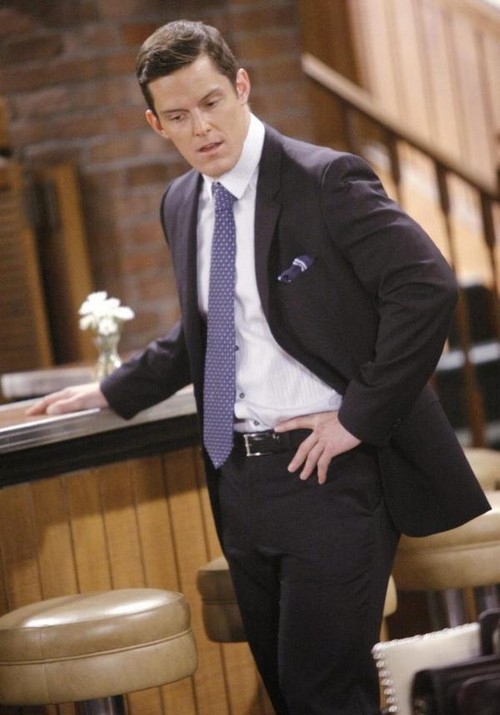 General Hospital spoilers tease that a fan favorite will be returning to Port Charles during the month of August for several weeks. ABC’s soap opera General Hospital has by far the largest cast of any of the remaining soaps on daytime, the bottom line is there just aren’t enough minutes in an hour long episode to give all of the residents of Port Charles a decent storyline. Weeks turned into months, months turned into a year, and before we knew it Derek Cheetwood’s character Milo Giambetti was a thing of the past.

According to General Hospital spoilers in the August 18th edition of Soap Opera Digest, “Milo returns for several episodes beginning on August 14th when Sonny offers romantic advice to his former employee.” Milo worked with Jason Morgan as a bodyguard for Sonny Corinthos and his family. However in 2013 Milo quit his job and left the mob, he left Port Charles to serve as a fitness instructor for Lucy Coe and Laura Spencer’s company “Deception.”

The GH spoiler in the magazine mentions that Milo will need some romantic advice. The last time we seen Milo he was in love with Lulu Spencer, and she’s pretty much off the market now. Rumor has it that the lucky woman who stole Milo Giambetti’s heart is none other than General Hospital’s favorite nurse Epiphany. Apparently Milo has been crushing on Epiphany for a while now, but is having a hard time winning her over. So, Sonny gives Milo a few pointers.

Are you excited that Derek Cheetwood is returning as Milo Giambetti? Did you miss his character, or do you think that there is already enough going on in Port Charles, and there is no need bringing back characters that haven’t been on the show in over a year? Let us know what you think in the comments below and don’t forget to check CDL tomorrow for more General Hospital spoilers.