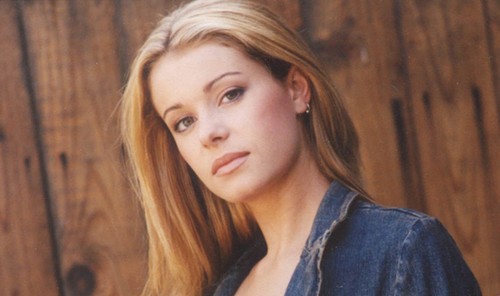 General Hospital spoilers and comings and goings news tease that there may be a familiar face headed back to Port Charles. GH rumors have been floating around the internet for quite a while now, teasing that a female doctor from the past would be returning to the ABC soap. Now that spoilers have confirmed Kelly Thiebaud is indeed exiting and taking her character Dr. Britt off the canvas – it makes more sense than ever that TPTB need another leading lady doctor to take her place.

The December 22nd edition of ABC Soaps in Depth teases, “We’re also hearing rumors that a female doctor, one who hasn’t been in town since 2002 is returning to the show: Sarah Webber, Elizabeth’s older sister.” For those of you who don’t remember Elizabeth’s older sister Sarah Webber, she was originally introduced in 1997 and portrayed by actress Jennifer Sky – the character was written off the canvas in 1998, but returned in 2002 and was recast as actress Sarah Laine. Unfortunately, Laine lasted about as long as Sky did and after a few storylines was written back out of the script.

Elizabeth and her older sister Sarah had a complicated relationship and rivalry, and both times Sarah Webber was in Port Charles, the sisters were bickering over men – like Lucky Spencer and Nikolas Cassadine. When Sarah Webber left town the second time in 2002, Elizabeth had cut her off when she found out she was seeing Lucky behind her back and Sarah fled back to Europe to live with their parents – never to be seen again.

Other than Liz’s children, she really doesn’t have any family left in Port Charles – so hopefully these rumors are true and her sister is headed back in to Port Charles. Then again, considering Sarah and Liz’s tense relationship, Sarah’s arrival may not necessarily be a good thing? So GH fans, do you remember Sarah Webber? What actress do you think TPTB should cast to play the part? If Sarah returns, will she end up hooking up with Nikolas again, he seems to be back on the market? Let us know what you think in the comments below and don’t forget to check CDL tomorrow for more General Hospital spoilers and news.