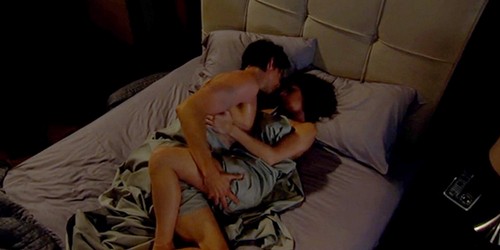 It’s been a few weeks since the major General Hospital spoiler reveal, and fans learned that not only is Nina Clay very much alive, but the character will also be played by Y&R alum and fan favorite Michelle Stafford.

Nina Clay’s husband Silas is currently under the impression that his wife is dead, and has clearly moved on and is head over heels in love with Sam Morgan. However, Nina obviously isn’t ready to let go of Silas. The first word she uttered when she awoke from her decade long coma was his name. And, a few weeks later Silas received a mysterious bouquet of flowers from a secret admirer, and fans have to the conclusion that they are from Nina who is apparently watching him from afar.

So, when will Nina Clay make her grand entrance in Port Charles? Well, according to General Hospital spoilers her first scene will appear on June 3rd. Which is coincidentally the same day as Danny’s birthday party. Rumor has it Nina might crash Sam’s son Danny’s birthday party to see her hubby Silas. There’s nothing like a dead woman walking into a toddler’s birthday party!

Nina’s return to the living and arrival in Port Charles will seriously affect Sam and Silas’s solid relationship. Silas is still technically married to Nina if she is alive, and that means Sam has been sleeping with a married man. Judging from the fact that Nina is already sending Silas bouquets of flowers, she is obviously not over him and wants to rekindle their relationship.

Nina isn’t the only obstacle Sam and Silas are about to face, there are also rumors that Sam’s husband Jason Morgan will be returning to Port Charles during the month on June. With Nina Clay and Jason Morgan both back in the picture, Sam and Silas’s relationship appear to be doomed.

What do you think General Hospital fans? Will Silas leave Sam and rekindle his marriage with Nina when she waltzes back into his life. If Jason Morgan returns, should Sam leave Silas and stand by her man? And of course there is the critical question of who will get the role of Jason – we know Steve Burton isn’t coming back, he’s made that clear. Fans are hoping for Billy Miller or Michael Muhney to be hired as Jason. Let us know what you think in the comment section below, and don’t forget to check CDL tomorrow for more General Hospital spoilers.