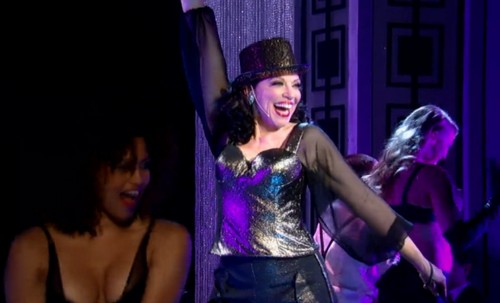 General Hospital spoilers and rumors online have been teasing for weeks now that there are a slew of new characters headed to Port Charles this Summer. Several fans are convinced that Scott’s daughter, Serena; Lucy and Kevin’s daughter, Christina; and Stefan and Katherine’s daughter, Kailey Cassadine are all going to pop up on General Hospital soon. According to the July 7 edition of Soaps In Depth, none of those characters are headed to GH. Apparently, the rumors are just that…rumors.

General Hospital fans were looking forward to new characters to arrive in Port Charles and shake things up, and while there may very well be new characters on the way, Serena, Christina, and Kailey Cassadine are not those characters. The rumors have spiraled so out of control that GH fans are already predicting potential relationships for those characters on General hospital message boards.

According to Soaps In Depth, “Not only is Serena not headed to Port Charles, neither are Christina, Lucy and Kevin’s adopted daughter, or Kailey Cassadine the off-spring of Stefan and Katherine. Per EP Frank Valentini there is no truth to rumors that those roles have been cast, ABC insists.”

Now, there is a tiny chance that TPTB at General Hospital are denying that they are bringing on Serena, Christina, and Kailey Cassadine just to throw fans off so that when they do arrive in Port Charles fans are shocked. But, considering they are minor characters, they really have no reason to try to hide that they have cast them.

Did you think that the rumors were true about all of the new characters headed to Port Charles this summer? Are you a little upset that there is no truth to the rumors? Or, do you think General Hospital has enough characters to keep track of right now? Let us know what you think in the comments below and don’t forget to check CDL tomorrow for more General Hospital spoilers.