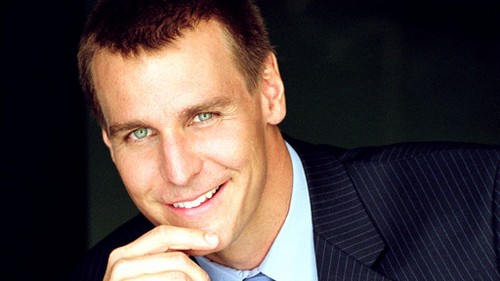 General Hospital spoilers have teased for a while now that there will be a slew of new characters and veterans arriving in Port Charles this Summer. A few weeks ago, when GH spoilers revealed that Carly’s young daughter Josslyn would be returning to the soap opera and featured in a storyline, fans speculated that her father and fan favorite Jasper Jacks would be returning as well.

During the June 18th episode of General Hospital, the stage was set for Jasper Jack’s return to Port Charles. Josslyn and Carly’s boyfriend Franco aren’t exactly getting along living under one roof, and Josslyn has made it very clear that her father Jasper doesn’t approve of Franco (she kicked him and called him a psycho).

When Morgan learned that Carly was moving Franco in, he announced he was moving out and going to live with his brother, Michael. Michael is furious that Morgan has to be uprooted in the midst of the drama involving Sonny and Ava, so he has taken it upon himself to call Jasper Jacks and let him know that Franco is actually living with his daughter and Carly.

Kiki convinced Michael to give Carly a chance to tell Jasper about Franco, Michael decided to give her a week to let him know that his daughter is living under the same roof as Franco. However, if Carly doesn’t come clean he is going to call Jacks himself and tell him what is going on. There is no doubt that when Jasper Jacks learns Carly has Josslyn living under the same roof as his daughter, he will head straight to Port Charles.

Rumors have been swirling for months now that Jasper Jacks may be returning to Port Charles, if he does come back to clean up the Franco and Josslyn situation, his return could also tie in to the Fake Luke storyline. A popular Luke Spencer imposter theory among GH fans is that it may be Jasper’s brother Jerry wreaking havoc in Port Charles.

So, GH fan, do you think that Jasper Jacks is headed back to Port Charles this summer? Do you think he could have anything to do with the Fake Luke storyline? Share your thoughts and theories in the comment section below and don’t forget to check CDL for more General Hospital spoilers tomorrow.