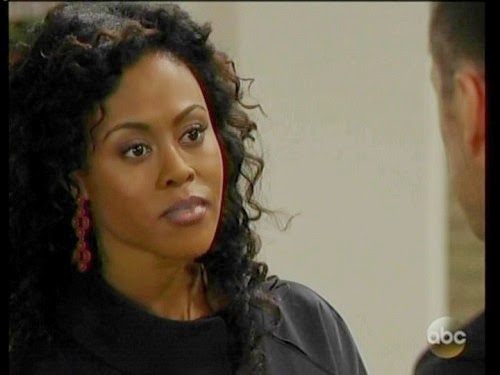 According to General Hospital spoilers, the week of June 16th-20th will be full of must-see drama. It was recently revealed that Ric Lansing is still very much alive and Anna faked his death to protect him until Julian Jerome and his boss are taken down. GH spoilers for the week of June 16 tease that Anna will put pressure on Jordan to get the ball rolling and gather evidence on Julian and the rest of the Jerome Organization. While Jordan is working her magic, Anna will also pay a visit to Alexis and try to warn her about Julian without revealing that Ric Lansing is actually alive.

General Hospital fans can also expect some emotional scenes while Sabrina makes her temporary exit. Fans have known for a while that Sabrina would be exiting the canvas, since the actress that plays the part is pregnant in real life and will be going on maternity leave. Sabrina’s cousin Juan will return to General Hospital on Monday June 16th, and when he leaves Sabrina will accompany him home so that she can be around family while she is mourning the loss of Gabriel.

According to General Hospital spoilers, Michael will announce a new project he is developing for ELQ. Meanwhile, Kiki feels neglected by Michael and will start spending more time with Morgan. Morgan and Kiki will be working on a project of their own, investigating Ava and Sonny’s new relationship and trying to get to the bottom of whatever secret the two mobsters are hiding.

GH fans can also expect to see Franco and Carly’s daughter Josslyn butting heads, and Silas reveals to Sam that he told Nina the truth about their relationship. Spoilers also tease that the family court judge will make a ruling in Maxie’s custody case regarding the daughter she shares with Spinnelli.

So, General Hospital fans, do you think that Jordan will be able to find a smoking gun regarding the identity of Julian’s boss, Fake Luke, or will Ric Lansing be stuck playing dead for much longer than he anticipated? And, what about Kiki and Morgan, do you think that they will figure out Ava and Sonny’s secret, regarding the murders of Connie and AJ? Share your thoughts and theories in the comment section below and don’t forget to check CDL for all of your General Hospital spoilers.