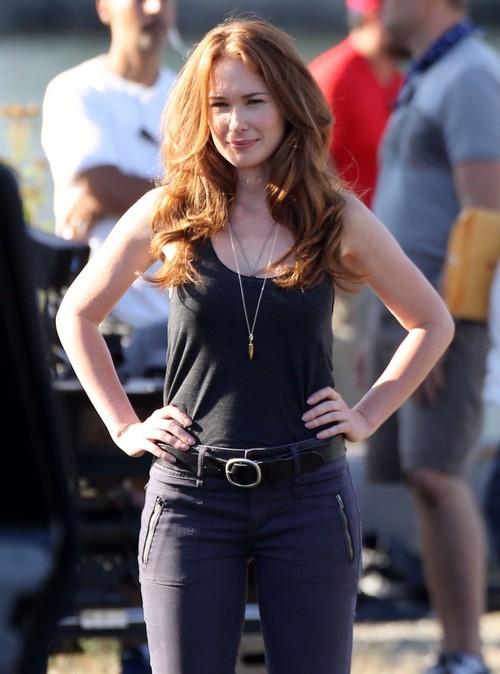 General Hospital spoilers and coming and going news confirm that actress Kelly Frye (of The CW’s new series The Flash) will make her Port Charles debut on Tuesday December 30th as a new character named Ivy. Although we know Ivy’s first air date, we still know literally nothing about the latest addition to the General Hospital cast. Normally by now TPTB would have released some sort of character description or teased a few spoilers regarding the new character – but they have been completely mum when it comes to Ivy.

Since there are no real General Hospital spoilers out there pertaining to Kelly Frye’s character Ivy, the rumor mill has been working overtime. Word on the internet is that Ivy will be replacing recently departed Britt Westbourne at GH, and is a new doctor that will be joining Obrecht’s staff. Rumor has it that Ivy may be replacing Britt in more ways than one, and will also be newly single Nikolas Cassadine’s new love interest going in to the new year.

While we could totally see Kelly Frye playing the part of a doctor, there are so many storylines in Port Charles right now – she really could fit in anywhere. Ivy could be a cop, another undercover DEA agent, one of the certifiably insane character’s therapists, or for all we know Ava’s new nanny. What do you think GH fans? Who is Ivy and what is her business in Port Charles? Do you think she would make a cute couple with Nikolas? Let us know what you think in the comments below and don’t forget to check CDL tomorrow for more General Hospital spoilers and news.