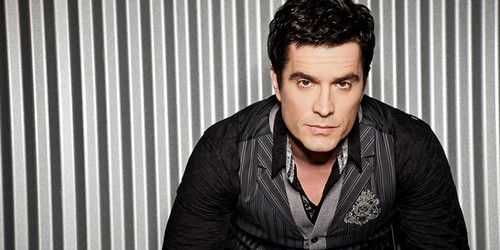 General Hospital spoilers and coming and going news confirm that Rick Hearst is headed back to the ABC soap during the week of December 22 as Ric Lansing.  Earlier this year when Nathan and Anna Devane helped fake Ric’s death and he was sent away to the witness protection program,  GH fans knew it was only a matter of time before the character returned to Port Charles.  It seems fitting that Ric arrived just in time for the holidays, and will be able to spend Christmas with his daughter Molly…and maybe even his old girlfriend Liz?

According to General Hospital spoilers, there seems to be a Christmas love triangle in the works.  The sparks flying between Liz and her new roomie Jake are undeniable, unless you are a JaSam fan and in complete denial because you are holding out for Sam and Jason to be reunited.  When Ric returns to Port Charles he will most likely want to pick up where he left off with his old flame Liz – so we can only imagine the shock he will experience when he arrives at her doorstep and learns that she has a tall, dark, and handsome stranger in to her house.  We’re going to go out on a limb here and assume Jake will be equally not thrilled with the fact that Liz’s not-so-dead boyfriend has returned.

What do you think GH fans?  Now that Ric is back in Port Charles, and alive, will he and Liz start seeing each other again?  Will Jake aka Jason Morgan get jealous?  Or will Ric be the jealous one considering there is another man living with his girlfriend?  Who would you like to see Liz with – Ric or Jake?  Let us know what you think in the comments below and don’t forget to check CDL tomorrow for more General Hospital spoilers, polls, and news.