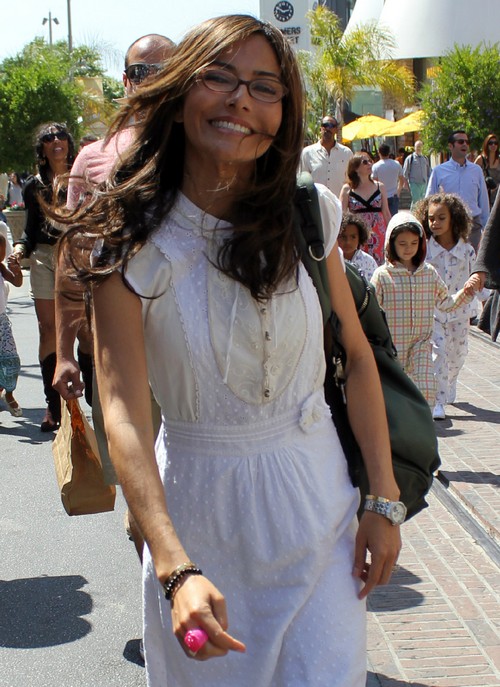 General Hospital fans are always looking for spoilers indicating that old familiar favorites could be gearing up for a return to the show and it seems that several familiar names have been mentioned in various circles. Genie Francis’ character, Laura Spencer (of Luke and Laura fame!)was last seen several months ago leaving Port Charles for specialized medical treatment in Paris. Genie then did a stint on The Young and the Restless only to be let go by Jill Farren Phelps (soaps’ angel of death) shortly after selling her furniture store in Maine in an attempt to devote all of her time to the CBS soap. In other words, Genie is free to head back to GH and according to the powers-that-be they fully expect to see Laura back on the canvas in the somewhat near future. As of this moment it is still in the talking stages but don’t be too surprised if Laura returns sooner rather than later.

Don’t forget that Luke is now NOT Luke in the current storyline and Fake Luke will need to be exposed. What better way than by Laura?  Who would know better than she!

Another former GH star is also being discussed and that’s Vanessa Marcil who recently tweeted about signing on to play a character who is very close to her heart. A few days after that Twitter tease she instagramed a photo of her new farm in northern California. Is the character that Vanessa was talking about Brenda Barrett? Obviously Vanessa headed to the right coast if a GH return is in the cards and I think we all kind of know that Brenda and Sonny’s story is still far from over. Fans have their fingers crossed that Vanessa will be headed back to GH even for a few months because anything is better than nothing.

Are you hoping to see Laura or Brenda return to the soap this year? If only one can reappear in Port Charles for now which actress would you rather have back, Genie or Vanessa?

Fans are already reacting on Soap Opera Spy to the possibility of Laura and/or Brenda returning to General Hospital. For sure Genie Francis and Vanessa Marcil would be happy to get the work.

Agreed, Brenda stay gone. Genie, always welcome. Brenda is a terrible actress & her thing with Sonny is dead & over please.

I cannot stand her and her whiny ways about Sonny….She loves him, she doesn’t love him bla.

It seems that so far fans are not thrilled about a possible return of Brenda!  Let us know what you think in the comments below.