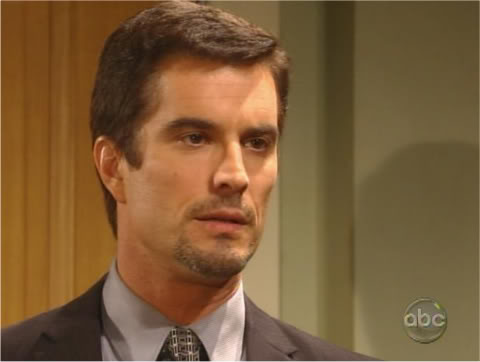 It’s the calm before the storm on ABC’s popular soap opera General Hospital. Thanks to GH spoilers, fans know it is literally only a matter of hours before one of our favorite Port Charles resident is shot and killed. The obvious question on everyone’s minds: which GH character will be killed off next? With the dangerous Corinthos and Jerome mob war in full force and bullets flying every week, it’s anyone’s guess at this point.

According to the June 23rd edition of Soaps In Depth, “The battle for control of Port Charles turns deadly this week, and before all is said and done, a General Hospital favorite will trade their street clothes for a body bag.” The magazine goes on to tease that the victim may be Jordan, Julian, Ric, Anna, Sonny, Ava, or one of those characters’  loved ones.

There really are so many possible victims; it is impossible to narrow down which GH character will be no longer with us by the end of the week. We can tell you that it most likely won’t be Julian Jerome. William DeVry, the actor that plays Jerome, recently lashed out on social media at fans because he was tired of being asked if his character was going to be killed off.

DeVry wrote on Facebook, “Please, please stop asking me if rumors of Julian’s demise are true. First, it’s been addressed by me a million times. And, Frank Valentini has addressed this never-ending rumor on Twitter, twice.” If DeVry’s character was about to be killed off, we find it hard to believe he would take to Facebook and assure fans he wasn’t going anywhere.

The most popular theory making its way around the internet is that the latest victim of the mob war is actually Ric Lansing. Although it is hard to comprehend his character getting shot when he is currently locked up at Port Charles jail, it does make sense. Ric is adamant that he is innocent and Jordan and Anna are beginning to question whether he is Julian Jerome’s boss or just a fall-guy. If Luke orders someone to sneak into the jail and kill him, then the PCPD will never know whether he is truly running the Jerome crime family.

Sadly, another rumor that has picked up a lot of steam over the last few weeks is that GH fans will be saying goodbye to Sonny Conrinthos himself, since several sites are reporting Maurice Benard is about to take a six month leave from General Hospital. Rumors are flying that Sonny will be shot and fake his own death, only to reemerge in Port Charles in a few months when the mob war has died down, as well as all of the drama in his personal life.

So, General Hospital fans, which mobster do you think we will be saying goodbye to this week? Could it be Sonny Corinthos or Ric Lansing, or maybe even a member of one of the key players’ families? Share your thoughts and theories in the comment section below and don’t forget to check CDL for all of your General Hospital spoilers.