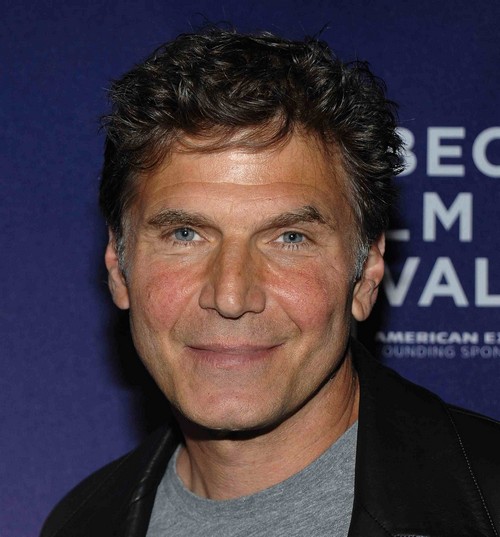 There’s a new mobster in town! General Hospital fans were surprised to see a new face in Port Charles on Friday, June 20th. Actor Nick Chinlund made his debut as Mickey Diamond, Fake Luke’s right-hand man. He surprised Julian and Jordan at the art gallery and cut Julian off just as he was about to reveal the identity of Fake Luke.

Chinlund has a long and lengthy resume and has been acting for over 20 years. You may recognize him from his time on Desperate Housewives, Young Justice, and 666 Park Avenue. Chinlund’s extensive experience will most likely prove a valuable asset to the popular ABC soap opera.

On the June 20th episode of General Hospital, Mickey ordered Julian to go say goodbye to Alexis because he had a job for him out of town, and he instructed Julian not to trust Jordan because she hasn’t proven herself yet and she is still new to the organization. After Julian left, Jordan tried to flirt some information out of Mickey but quickly learned he was the real deal and he meant business.

So, what’s with suddenly introducing Fake Luke’s right-hand man on General Hospital? Well, Anthony Geary has long vacation stints worked into his GH contract, and the actor is currently on hiatus. It makes sense that they had to bring in someone to oversee his organization while he’s off the canvas. Sadly, this means that we are weeks, maybe even months, away from learning the identity of Fake Luke since he isn’t even in Port Charles at this time and won’t be for quite a while.

Were you shocked today when Mickey Diamond waltzed in to the art gallery and announced he was working for Fake Luke? Are you happy with the new addition to the GH cast? Let us know what you think in the comments below and don’t forget to check CDL for all of your General Hospital spoilers.