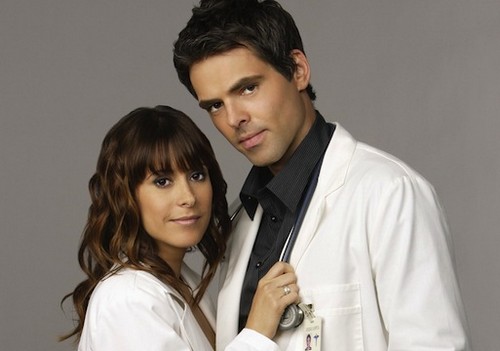 The General Hospital writers have a way of putting our favorite GH characters in difficult situations, like forcing Dr. Patrick Drake to save the life of Rafe, the teen that killed his son. On the July 7th episode of General Hospital Rafe and Molly were seriously injured in a car accident when he ran head first in to a police barricade while trying to get away from Dante and Sam.

Patrick just learned that Rafe is responsible for the car accident that killed his infant son Gabriel, and was determined to get justice. When Patrick learned that Rafe was in another accident and rushed to the hospital, he raced there to confront him about Gabriel’s death. However, the last thing he expected when he went to the hospital was that he would have to perform brain surgery on Rafe to save his life. Patrick may be a world-renowned surgeon, but will his emotions get the best of him on the operating table.

According to spoilers in the July 21st edition of Soaps in Depth, “In the operating room things are incredibly tense considering the situation Patrick has been placed in. On the one hand he holds a young man’s life in his hands. And sure, this is exactly the type of situation world-renowned neurosurgeons like himself handle as casually as most people order a coffee. But, this time the patient on the table may be responsible for the death of Patrick’s only son. Rafe is in critical condition. Patrick is the only one who can save him. And sometimes things “accidentally” go wrong during operations.”

So GH fans, do you think Patrick will be able to put his emotions aside and save the man who killed his son’s life? The last time Patrick performed serious surgery was on AJ Quartermaine, and afterwards he questioned whether or not he botched it. Do you think he will botch Rafe’s surgery on purpose to get revenge for Gabriel’s death? Share your thoughts and theories in the comment section below and don’t forget to check CDL tomorrow for more General Hospital spoilers.