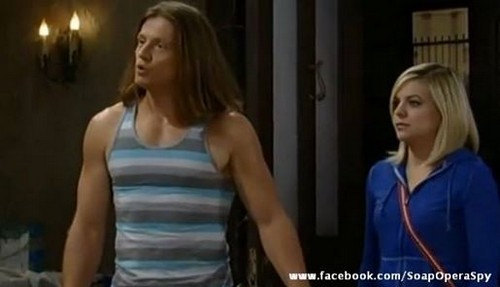 General Hospital spoilers for the week of June 30 – July 4 tease a shocking reveal and tons of drama going down in the fictional town of Port Charles. Sam Morgan has been on a mission to help Patrick discover the identity of the driver that ran him and Sabrina off the road and inadvertently killed his son Gabriel.

According to GH spoilers on Monday June 30th Sam will learn who the owner of the car was, and wish she hasn’t. Popular opinion among General Hospital fans is that the driver that killed Baby Gabriel was actually Rafe, who has been dabbling in cocaine, and was most likely high as a kite when he committed the hit and run.

It was recently revealed that Tracy Quartermaine is up to no good, and helping Fake Luke take down her nephew Michael and regain control of ELQ. Although Michael is completely clueless about what Tracy is up to, General Hospital spoilers tease that the Quartermaine housekeeper Alice will catch Tracy red-handed.

GH fans have watched sparks fly between Maxie and Det. Nathan West for weeks now. According to spoilers for the week of June 30th, Nathan will have to diffuse Maxie and Levi’s protest of the Brownstone Project. And, Maxie and Nathan will share a close moment!

Franco’s jealousy of Carly and Sonny’s relationship seems to have gotten the best of him, and during the week of June 30th the ex-sociopath will make a bold move and try to tell Michael that Sonny killed his father AJ Quartermaine. Spoilers tease that Franco’s plan backfires, and instead of taking down Sonny he winds up driving a wedge between himself and Carly.

General Hospital will air a re-run on July 4th, however June 30th-July 3rd looks like it will be full of can’t miss episodes. GH spoilers also tease that Britt will move forward with her scheme to win over Nicholas, and Nina will continue her reign of crazy. Do you think that Rafe is the hit and run driver that ran Patrick and Sabrina off the road? And, how do you feel about Franco’s sudden jealousy streak, will Carly be able to stop him before he drops a devastating bomb on Michael? Share your thoughts and theories in the comment section below and don’t forget to check CDL tomorrow for more General Hospital spoilers.