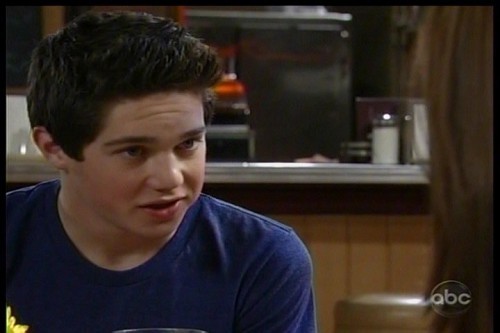 ABC’s soap opera General Hospital took a dark turn and on the June 4th episode of the daytime drama it was revealed that Patrick and Sabrina’s son Gabriel wasn’t going to make it; his parents were finally able to hold their tiny son and spend a few moments with him before he passed away. Patrick and Sabrina were in a car accident after an unknown driver ran them off the road, which resulted in Sabrina going into labor months too early.

There is no doubt in General Hospital fans’ minds that now that Gabriel has passed away the Port Charles Police Department will rev up their investigation into their car accident, and find the driver that ran them off of the road. What was once considered a hit and run accident could now possibly be classified as vehicular manslaughter.

At the time of the accident, Carlos believed Ava Jerome had ordered the car to run Patrick and Sabrina off the road, and Spencer believed that Fake Luke had sent a henchman to cause the accident since Emma was also in the car. Although both characters are cold and calculating, and seem to have no problem taking the lives of innocent people, neither mobster ever actually fessed up to the crime.

A disturbing General Hospital spoiler is making its rounds on the internet and implicating Silas’s nephew Rafe as the hit and run driver that inadvertently cost Patrick and Sabrina their unborn child. Considering Rafe has become unhinged and has a serious drug problem, there is a good chance he was driving around Port Charles high as a kite and ran Patrick off the road without even noticing. If this spoiler does turn out to be true, Rafe could be in some serious trouble.

So General Hospital fans, do you think it is possible that Rafe is the hit and run driver that ran Patrick and Sabrina off the road the night of their car accident? Or, do you still think it was Ava Jerome or Fake Luke? Let us know what you think in the comments below, and don’t forget to check CDL tomorrow for more General Hospital spoilers.