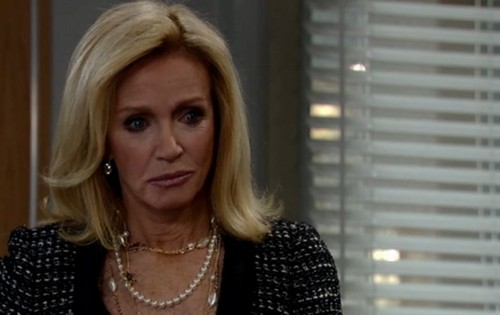 General Hospital fans could be in for a bit of a shock if Donna Mills playing Madeline Reeves leaves Port Charles The soap opera grind is a pretty tough one to handle. It’s always funny to me how the genre gets bashed so much when in reality it’s where the actors work the most. No other acting job puts out 5 episodes a week and looks to ink it stars for years at a time! When Donna Mills decided to join General Hospital it seems that the actress had a clue that the long hours and fast moving business might not really be her cup of tea because rather than signing on the dotted line for a few years, she only agreed to do 2 months at first.

According to the April 14th print edition of GLOBE Magazine Donna is having a really rough time keeping up with the fast pace. She often gets her scripts late and then lots of changes are made. Add to that the fact that most scenes are shot in only a take or two. The cast has to show up prepared and be ready to go. It’s not that Donna isn’t a pro, but this isn’t exactly the grind that the 73-year old actress had in mind.

Rumor has it that she’s already exhausted and many be exiting just as quickly as she arrived. That news is sure to disappoint fans who already are invested in her presence in Port Charles. Do you think that the powers-that-be will find a way to keep Donna around for more than just the initial two months?

We hear some insider comments on Soap Opera Spy including this one below which might help explain Donna’s alleged unhappiness with GH:

I’ve also heard that some of the ladies at GH haven’t exactly gone out of their way to make Ms. Mills feel welcome on the set. Quite the contrary, in fact. Between the grueling schedule and meangirling, who would need that…especially at age 73?

Imagine that – Donna’s co-stars are giving her the cold shoulder! How typical and petty – they are worried that she will out-shine them and her storyline will grow while each of theirs will shrink. Tell us your thoughts in the comments below! 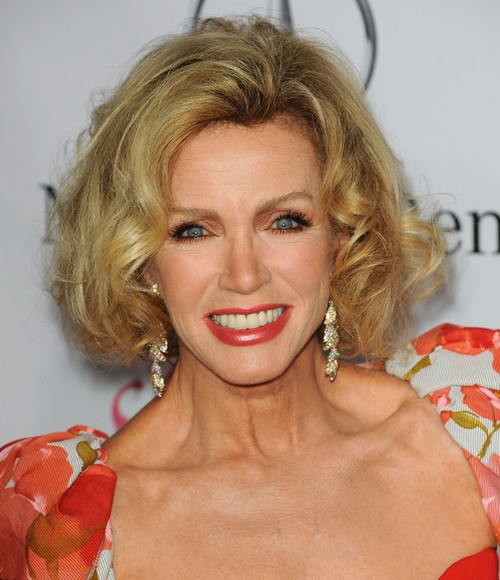