Heidi Klum and Martin Kristen Break Up: Heidi Wants Seal Back After Split 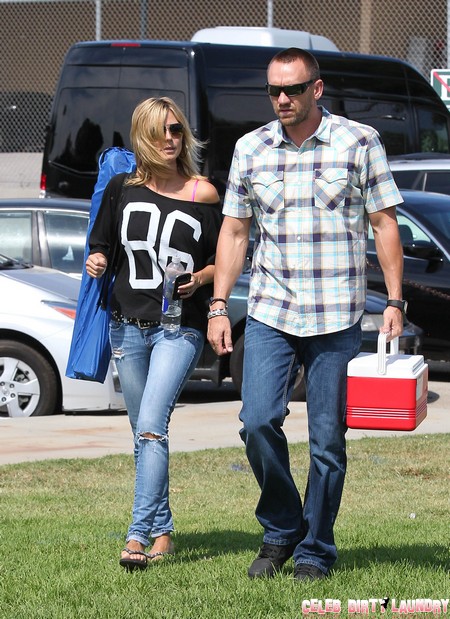 Heidi Klum is back on the market. She and boyfriend of the last couple of years, Martin Kristen, reportedly broke up a while back. And the two apparently took their split one step further by breaking it off professionally. A quick refresher thanks to Gossip Cop sums it up – Kristen served as a bodyguard for Klum’s family before things turned romantic following her split from husband Seal. At the time many including myself felt were plainly uncomfortable by the situation.

Of course we all wondered if the bodyguard played a part in breaking up Seal and Heidi’s marriage. Prior to their marriage breaking down, the two were seen as a celebrity golden couple. They were obviously in love and were quite openly flirtatious even in public. So no one saw that split coming and then for Martin to suddenly begin dating his client – it was just iffy. Feelings don’t appear out of thin air. If they was chemistry between Heidi and her stud muffin then it must have begun during her marriage.

I personally didn’t want to think the worst of her but I never defended her. Admittedly, her break up from Martin kind of seems like just desserts. She threw it all away on a man and then, what do you know, it doesn’t work out. And for anyone getting excited thinking she can reunite with ex-husband, Seal. NO! That ship sailed a long time ago. He’s moved on and even if he hadn’t then she still wouldn’t deserve him.