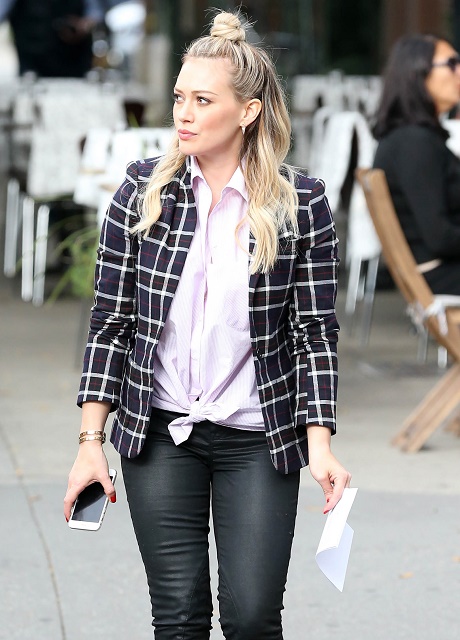 Hilary Duff still won’t admit that she’s reconciling with on-again/off-again husband, Mike Comrie, but she will talk freely about her teenage boyfriend, Aaron Carter. Aaron has been creepily expressing his love for Hilary every chance he gets, and it’s starting to make her uncomfortable.

In an interview with Elle Canada, Hilary touches upon the Aaron Carter issue, explaining, “The more I talk about it, the more I think he’s going to talk about it. We were like 13 and 14…I don’t want him to be hurt — I don’t want to make anyone feel like that — but it’s time to move on. I have.”

And Mike Comrie? Well, Hilary Duff and Mike Comrie were spotted holding hands at a Halloween party just two weeks ago, but she still insists that they’re separated. Man, how much longer are they going to continue this charade? At this point, they’re together, they’re amicable, they’re raising their son, Luca, together. It’s like the Gwyneth Paltrow/Chris Martin situation, except even more ridiculous because Mike and Hilary have already reconciled. They spend all their time together, and they’re not above public displays of affection. Who do they think they’re fooling by insisting that they’re separated? Unless this whole thing is a ruse to gain more publicity?

You know, I wouldn’t put that past them. Hilary Duff and Mike Comrie have never gotten more publicity than when they were getting divorced, so they probably assume that keeping people guessing about their marriage will keep them in the news – and they’ve certainly succeeded at that.