‘I Wanna Marry Harry’ Pulled From The Air After Producing Abysmal Ratings – What A Train Wreck! 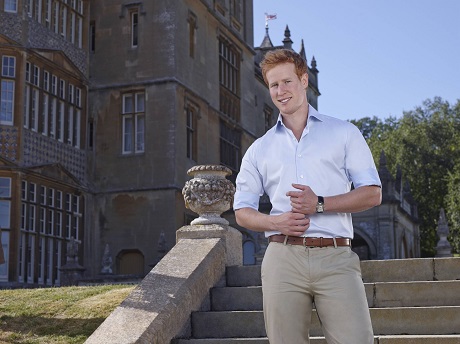 What was Fox thinking when they announced the I Wanna Marry Harry reality show? Did they think people were stupid enough to believe that Prince Harry would ever engage in a reality show to find his future bride? Their thought process remains a mystery, but at least they’re quick on learning from their mistakes. After the show premiered to absolutely abysmal numbers [2 million viewers for the premiere, and less than 1 million for the following episodes] and horrible reviews, it’s been pulled from the air.

The network reportedly plans to make the rest of the season available on demand, but I imagine the viewership of that will be even worse. First of all, the show wasn’t even an interesting attempt at finding prospective brides for Prince Harry. It was just a pointless excuse in waste, featuring ridiculously over-the-top performances from its contestants, all duped [or pretending to be duped] into believing that they had a chance at marrying the prince. Yes, viewers of reality shows are used to suspending their disbelief to some extent, but not THAT MUCH.

The show received a ton of coverage before it went on air, but I’m guessing that most people’s reactions to hearing about the show was derision, followed by laughter. At least, that’s how we reacted. See, if Prince Harry had agreed to participate in this farce, I guarantee the ratings would have been astronomical, and possibly unprecedented. But he’s a royal prince, not some desperate famewhore looking for his fifteen minutes of fame. Fox may have thought that they could cash in on the royal family’s popularity by utilizing Harry’s name, but they learned their lesson the hard way.

What do you guys think about the show’s cancellation? Did you even bother watching the first two episodes? Let us know your thoughts in the comments below.