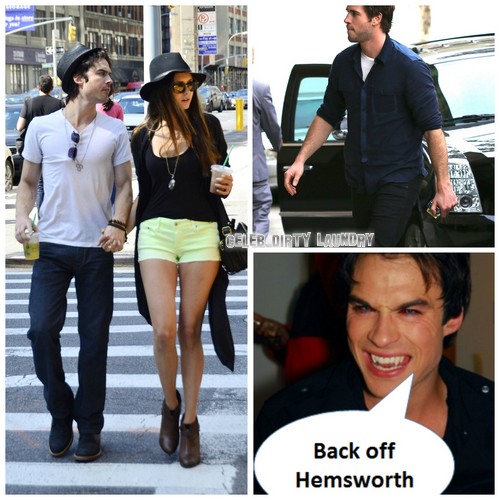 Liam Hemsworth and Nina Dobrev? A few months ago, who would have thought? Then again, who would have thought that Nina would break up with Ian Somerhalder so suddenly, and then remain on such good terms with him? I gotta say, their professionalism throughout this whole thing is astounding, especially since they have to work together almost every day. Either their acting skills are vastly underrated, or their breakup truly was amicable. Imagine that – an amicable Hollywood breakup. It’s like spotting a unicorn.

Anyway, whatever Nina and Liam are doing, sources have been whispering that Nina’s ex-boyfriend isn’t too happy about it. Apparently, Ian has already reached out to Liam through common friends and told him [not in so many words] to stay away from Nina. Considering that Liam’s ex-girlfriend was Miley Cyrus and he was rumored to have cheated on her with January Jones, I can’t say I blame Ian for being overly protective. Whether Nina and Liam are legitimately dating or not, Nina doesn’t deserve to be cheated on at some random awards season party. I mean, Miley didn’t deserve to be cheated on either, but that’s all in the past.

I don’t know how much of Ian’s warning Liam will heed, but I’m guessing none of it. But that being said, I don’t think Liam will be as brazen with Nina as he was with Miley. His relationship with Miley was clearly deteriorating at that point, so we don’t really know if it was cheating or if they were on a break. Plus, what if Liam and Nina are just friends with benefits, with no strings attached? Do you think that Nina and Ian are still hooking up like they did while Nina “dated” Derek Hough?

What do you guys think? let us know your thoughts in the comments. 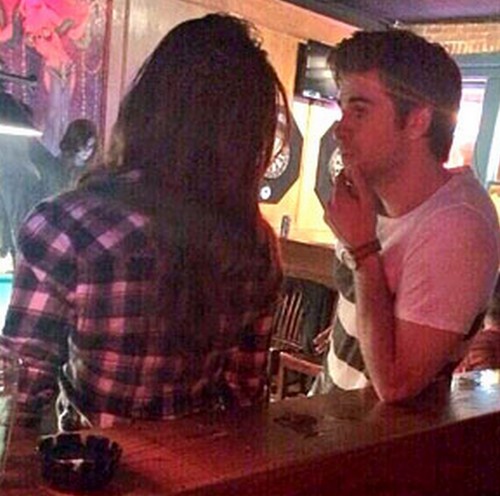