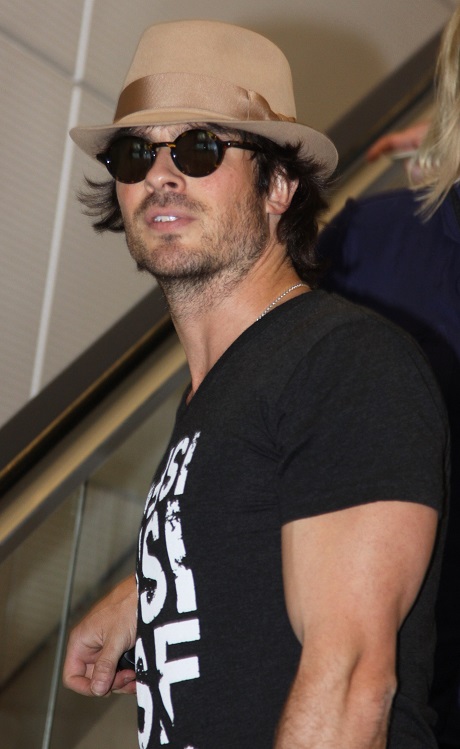 As much as people want to think of Ian as a selling point, he just doesn’t have the fan base required to open a movie. Plus, none of the film’s other stars – including Noel Clarke, Brian Cox, and Luke Hemsworth – are A-list celebrities in terms of name recognition.

However, Ian is excellent at self-promoting, and I’m sure his efforts will pay off in one way or another. Maybe the movie won’t open big, but there’ll plenty of buzz surrounding it online. Or maybe Ian will just bite the bullet and start using his relationship with ex-girlfriend Nina Dobrev as a draw.

I mean, there’s no way other way to put it – Ian’s tabloid draw is at its highest when he’s with Nina. Most of his fan base is from The Vampire Diaries, and most of them ‘ship’ Ian and Nina together. If he really wants to get people to come see the movie, perhaps he should just use his relationship with Nina as his trump card.

After all, sources say the couple is back together now, so it wouldn’t be a stretch for them to make a public appearance or two right before the movie comes out. Besides, this sort of publicity stunt has been done long before Nina and Ian, and it will continue to be one of the top strategies for movie publicists looking to get some quick media leverage.