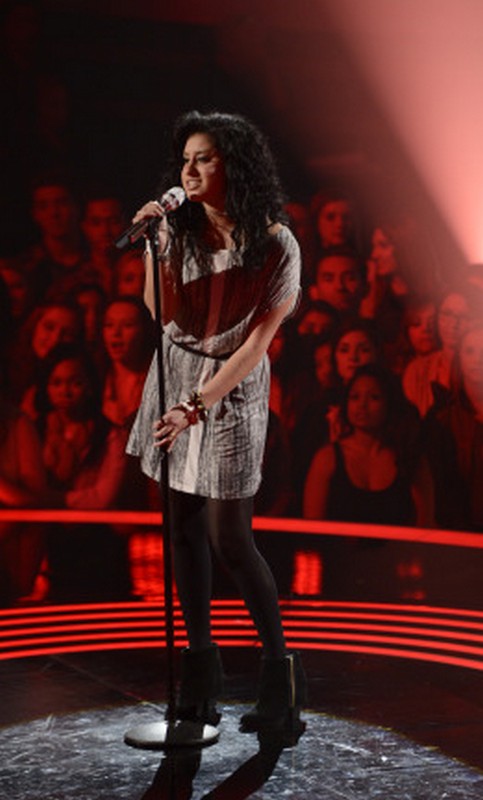 Tonight on AMERICAN IDOL the Top 13 finalists performed songs that conveyed the message, “This is Me.”  For her song JENA IRENE sang, The Scientist by Coldplay.  Just in case you missed tonight’s show we have you covered and you can read our full and detailed recap here!

Judges comments on tonight’s performance: Jennifer – “Jena you have such a unique voice and you use it very well.  And on top of that you’re a powerhouse.  That was a tough song I was worried for you but you pulled it off.”  Harry – “The coolest thing about what you do is you make interesting choices on a pre-existing melody.  The choices you make as a singer make the lyrics come across a different way”  Keith – “It was a little bit pitchy in the beginning, but then you leaned it into it and really took charge of it.”

On last week’s episode Jena sang a solo for the wildcard round.  Keith had this to say about her wildcard performance, “that was a very good use of that moment. When they cheered for you when you hit the high note you stayed right in your zone, and that’s star quality.”

On Thursday, Feb. 27, one American Idol finalist’s journey will end as America’s vote are revealed.  Plus, vocal powerhouse and AMERICAN IDOL Season 12 winner Candice Glover will be back on the IDOL stage to perform a medley of “Cried” and “Same Kinda Man,” from her debut album, “Music Speaks”; and critically acclaimed singer Jake Bugg also will perform.