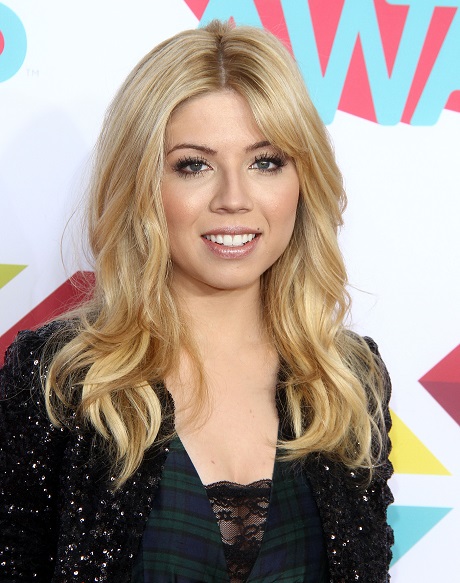 Jennette McCurdy is perhaps best known (in the gossip realms) for the scandalous nearly-nude pics of her that surfaced, as well as the rather public salary feud she had with the Nickelodeon regarding her show Sam & Cat. A little more than a week has passed since Nick canceled her popular show, on which she costarred with Ariana Grande, and now she’s come out with a rather enlightening — and quite well-worded essay — on what she feels are the dangers of aggrandizing the celebrity.

In particular, the essay, which was posted on Reddit, comments on our society’s tendency to turn celebrities into our role models — even though we have no idea how they live their day-to-day lives. Ultimately, the only things we see of them are the things fed to us through the lens of the media, not necessarily how they exist in real life.

She encourages young people — and all people, really — to find their role models in the people around them and not in the overly glorified realms of Hollywood. McCurdy says, “They say don’t look for true love in a bar, well I say, don’t look for role models on screens.”

Below is McCurdy’s full essay statement, which seems to be a response to her critics, as well as a response to all the negativity she’s encountered in the media over the past few months. She makes a lot of interesting points, and I think it’s definitely worth the read. Let us know what you think of McCurdy’s essay. Please share your thoughts in the comments section below!

I am not a role model.

There was a time when I tried to live up to the aggrandizing title, that pedestal of a thing. Maybe it wasn’t so much that I was trying to live up to it. Perhaps I thought I could and I thought I was supposed to, so I gave it my best shot.

It’s fine, I can admit it. Back in my adolescence, I was more amiable, bubbly, and on lightly humid days, maybe even flouncy. I was role model material and then some.

Fast forward a few years, I’ve grown up a bit (emphasis on “a bit”). I might not be any wiser, but I like to think I’m more honest.

With the growing I’ve done, I realize that to attempt to live up to the idea of being a role model is to set myself up for foregone failure. Sure, I’ve made some mistakes, but even if I hadn’t, people would have found invisible ones. This world is one seemingly most keen on judgment and negativity, despite all the hearts and smiley emoticons.

Sure, I still love my teddy bears. I still love a heart emoji (the white heart in the pink box is my favorite) and I still have a soft spot for American Girl dolls. I still love a cute dress, a good pop song, and a vanilla-scented candle. But these things don’t define me or determine that I am any kind of a role model. What defines a person as a role model is the way they live their life. And no offense, but none of you know how I live my life.

But in order to be thought of as a real, true role model, I believe you have to know a person and their actions, inside and out. Calling a celebrity a role model is like calling a stranger a role model. The knowledge you have of a celebrity is no more than a caricature drawn by media tastemakers specializing in selling you an image you’re dying to buy. It’s good to have heroes, but you have to look for them in the right places. They say don’t look for true love in a bar, well I say, don’t look for role models on screens.