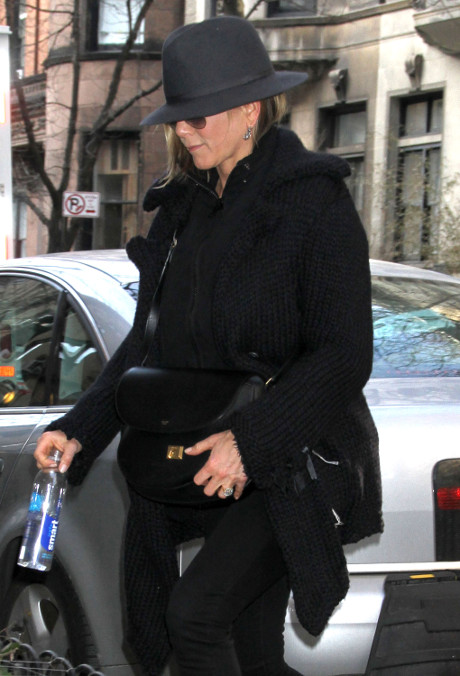 Jennifer Aniston and Justin Theroux have been engaged for so long that it’s easy to forget that they still plan on getting married. So what’s the holdup? Why are they waiting this long to get married, even though it’s been more than a year since they’ve been engaged?

It’s not hard to see the similarities between Jennifer and Justin and Brad Pitt and Angelina Jolie. Granted, I don’t know if the delay in Jennifer’s marriage has anything to do with Brangelina’s wedding plans, but it’s definitely a curious coincidence. It’s also interested that both couples ended up getting engaged around the same time, and still haven’t tied the knot.

But even then, Angelina and Brad have been very vocal about the reasons for not getting married. They’ve been busy and they’re waiting for their schedules to clear up before settling on anything – and plus, they might actually have meant it when they said that they would get married only when everyone else in the country can also get married.

That’s in direct contrast to Jennifer and Justin, neither of whom have been forthcoming on their reasons for their extended engagement. Plus, it’s not like they have the same excuses, considering that neither of them have been as busy as Angelina or Brad. Jennifer has had two major releases over the past two years, and Justin’s had one major TV show.

Sure, they’re not exactly jobless, but I wouldn’t consider them so busy that they don’t have time to plan a wedding. So what exactly are they waiting for? It’s not like they’re going to get any more time than they’re getting now, especially with Justin’s TV show airing on HBO soon.

Keeping that in mind, is it possible that Jennifer and Justin are stalling the wedding because they know their relationship won’t last that long? I mean, Jennifer’s already had one bad marriage, you think she’ll want to go through another one? Plus, sources close to Jennifer claim that she’s always known that Justin was using her for a career boost, but she’s tired of being the only reason that he’s getting any media attention. In the end, it will all come down to their own decisions, of course, but what are the chances of them getting married if they still haven’t set a wedding date by the end of this year?