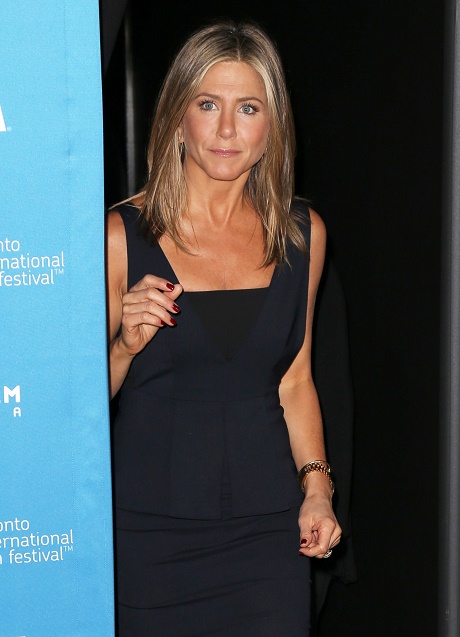 Jennifer Aniston has a fantastic body for someone who’s 45 years old, but she works hard to keep it. Jennifer has discussed her workout routines and diet many, many times, but a new report from OK! Magazine claims that she does naked yoga every morning to stay in shape.

Uh, the yoga, I get. But the naked yoga? Is being naked while doing yoga supposed to be more freeing or something? OK!’s source claims, “Jennifer likes to do a yoga workout first thing in the morning while naked. She feels clothes get in the way of doing the poses properly.”

Eh, I could maybe see her point a few years ago, when yoga was first becoming a phenomenon and workout clothes were quite constricting. However, yoga clothes have come into fashion over the past few years, and they are especially designed to NOT be constricting. In that scenario, Jennifer’s reasons for doing naked yoga go right out the window. But hey, whatever works for her, I guess. Who are we to say that someone can’t do naked yoga? I know someone who does almost-naked pilates because they feel more invigorated – and plus, exercise is exercise, whether you do it naked or not.

Now, all this is a moot point because Jennifer’s rep has already denied this story. It’s a bit curious that they chose to deny this story out of all the other Jennifer Aniston rumors that exist out there, including the Justin Theroux breakup rumors, the wedding rumors, and the Brangelina jealous stories. What do you guys think? Let us know your thoughts in the comments below.