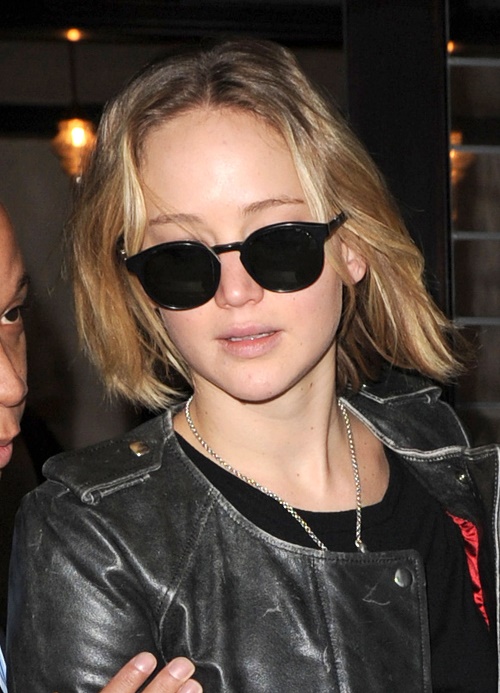 Jennifer Lawrence and Chris Martin have finally broken up [seriously, what took so long], leaving Jennifer free to peruse the Hollywood dating scene as she sees fit. Considering that Jennifer is an Oscar-winning actress who moonlights as America’s Sweetheart, it obviously shouldn’t be too difficult to find successful, talented, smart, and good-looking guys to date – and so of course Jennifer stuck to Hollywood when she was finding her rebound boyfriend. According to the New York Daily News, Jennifer Lawrence was spotted keeping company with Gabe Polsky, a producer and director [best known for Red Army].

According to reports, Jennifer and Gabe spent about five hours together at his place on Friday, ordering pizza twice. A source explains, “They ordered a couple of pizzas and about 30 minutes later another delivery man came with more pizza. They definitely weren’t in there reading scripts. They were having a good time.”

Well, Gabe Polsky is getting Oscar buzz for his documentary Red Army, so Jennifer’s keeping in good company. However, whether they’re dating or not remains to be seen – according to E! Online, Jennifer and Gabe are just friends, and Gabe is actually dating one of Jennifer’s best friends.

Interesting. I don’t know how it’s done in Hollywood, but I don’t think I would hang out with my best friend’s boyfriend at his place for five hours without her – especially during a Friday evening. Call me crazy, but that doesn’t seem like a ‘friendship’ so much as it does a pre-hookup situation. Or maybe Jennifer Lawrence is just this close to all of her friends’ boyfriends, and we’re just overreacting.

What do you guys think about Jennifer Lawrence’s possible new boyfriend? Are you surprised that Jennifer broke up with Chris Martin? Let us know your thoughts in the comments below.