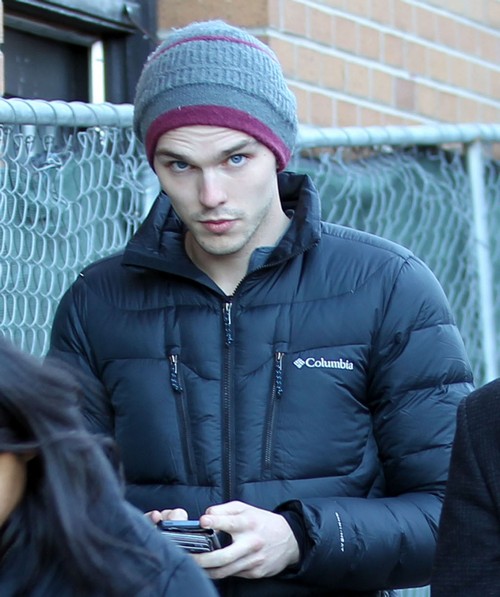 I was wondering why it was taking so long for the tabloids to jump onto this story, considering it’s been weeks since director Drake Doremus announced that Kristen Stewart and Nicholas Hoult would be starring in his next film Equals together. Obviously, the first rumor that pops out of this story is that Jennifer Lawrence is ‘worried’ about Kristen Stewart stealing her boyfriend.

As much as Kristen screwed up last summer by cheating on Robert Pattinson with her married director, it kind of sucks that it’s going to follow her around for the rest of her life. Now, anytime she does a movie with an attached man, the tabloids are immediately going to go ‘OMG manstealer Kristen Stewart’. Oh well, the fact that she makes millions of dollars and still gets to act in movies kind of limits my sympathy in any way.

Anyway, the latest report from the National Enquirer claims that Jennifer thinks that Kristen is going to steal Nicholas away from her. Yeah, way to jump on the bandwagon late, Enquirer – CDL had this story up weeks ago, when the news was first announced.

The Enquirer’s supposed ‘source’ explains, “Considering Kristen’s history with British men, she’s the last person Jennifer wants to see kissing her boyfriend on the set. Jennifer is determined to make time to visit the Equals set and keep a watch over Nick.”

Ok, while I wouldn’t be surprised to hear about Kristen making a move on Nick, he genuinely seems besotted with Jennifer and I doubt he would cheat on her. Also, Jennifer and Nick both read this script together and had the opportunity to act together in it, but Jennifer herself chose not to do it, paving the way for Kristen to land the role. Besides which, Jennifer and Kristen are friends and while Kristen’s reputation isn’t all that great right now, I don’t think she’d risk another scandal by messing with the most popular girl in Hollywood.