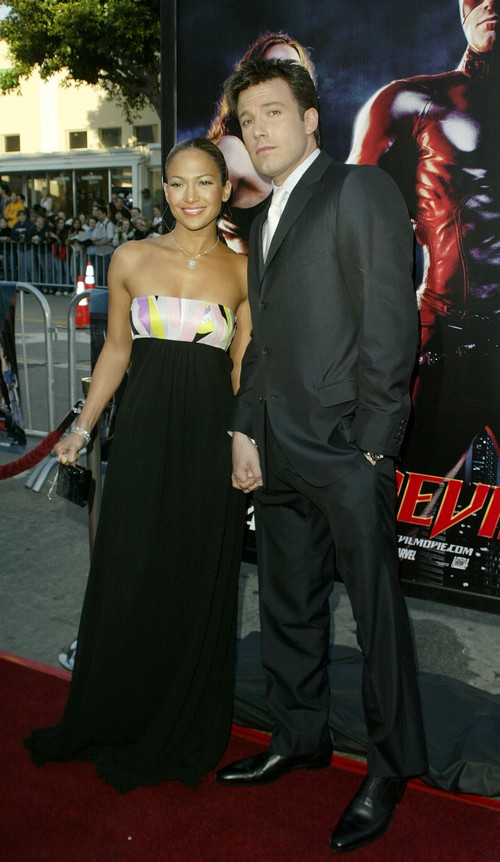 You know the saying, ‘too little, too late’? Jennifer Lopez and Ben Affleck, otherwise known as ‘Bennifer’, once ruled Hollywood. They were the golden tabloid couple, and it seemed like they could do no wrong. But then came Gigli, and the audiences turned fast. ‘Bennifer’ soon became the laughingstock of Hollywood, and both Jennifer Lopez and Ben Affleck are still living down the humiliation that accompanied their downfall.

However, Ben Affleck has recovered much more quickly – and successfully – than Jennifer Lopez, having won an Oscar and becoming a respectable writer/director/producer/actor. So of course Jennifer is taking advantage of the biggest tabloid scandal in her life [and she’s had many] to sell her memoir, True Love.

Jennifer definitely brings in the theatricality when discussing her breakup with Ben Affleck, especially when she credits him for calling off their engagement. She explained, “It felt like my heart had been torn out of my chest.” The way she makes it sound, she still wants Ben Affleck back and the only thing that broke them up was HIS decision. Again, hindsight is always 20/20, isn’t it?

If Jennifer Lopez had known that Ben Affleck would become Oscar winner Ben Affleck, she would undoubtedly have worked harder to keep him back then. But the only thing she knew in 2004 was that she and Ben were getting panned by the critics, the audiences, and even their fans. Things change in a decade, but it’s too bad Jennifer Lopez doesn’t have a time machine that she could use to reverse time and recreate Bennifer.