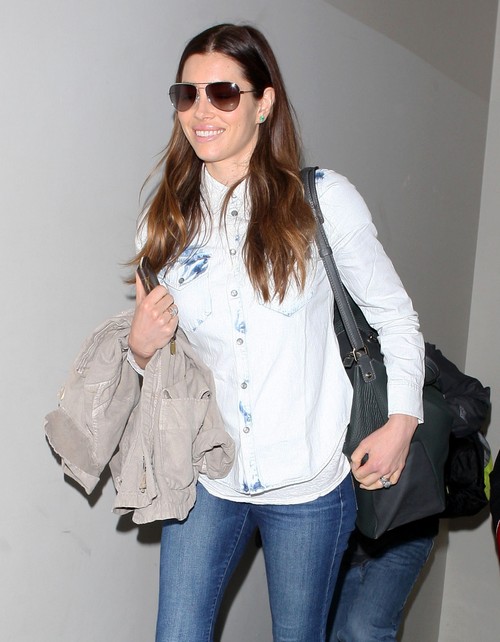 Even though the rumors of a pregnant Jessica Biel were firmly shot down at the Oscars when Jessica turned up in a firmly fitted dress that showed absolutely zero baby bump, this latest story [Lainey Gossip] might fire them up again.

First, some background. Mama Glow is a website for pregnant women, and a woman named Latham Thomas is the founder. Obviously, if you’re speaking to her, you’re interested in having a child, no? Otherwise, it seems like a moot point.

Now, couples usually ask these types of question when they’re already expecting a child, so should we take this as confirmation that Jessica’s pregnant? Sure, her Oscars dress didn’t do much for people expecting a baby bump, but that doesn’t mean that she didn’t already have that on lockdown. She might have worn spanx to cover anything up, or she might just be one or two months pregnant – in which case, she would probably not even be showing yet. That would also explain why she hasn’t signed on to any acting roles in ages, and why she hasn’t made that many public appearances recently.

What do you guys think? Is Jessica pregnant or planning to get pregnant? Or are she and Justin just planning for the future? Let us know your thoughts in the comments below.