Joan Rivers Taken Out of Medically-Induced Coma: Could End Up in Wheelchair 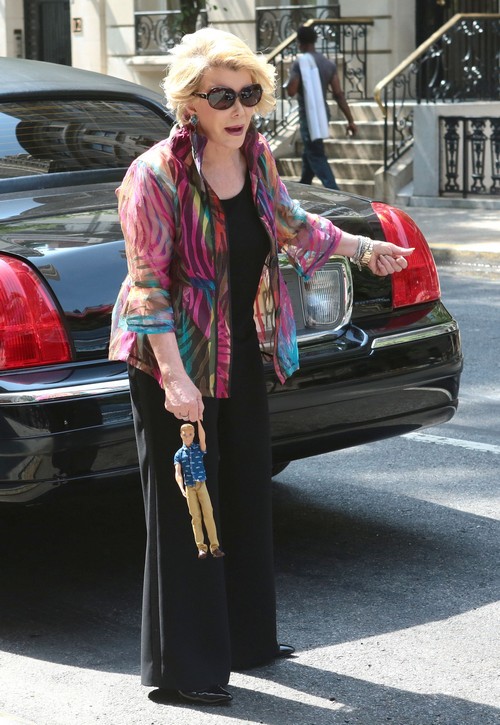 Joan Rivers, who has been on life support and in a medically-induced coma since Thursday, August 28, following a reported surgery gone wrong, is gradually being taken out of her coma.

The process of waking the comedienne, 81, began on Sunday and will take until Tuesday to fully complete, a source reported to the NY Daily News. The same source shared “There is real concern that the part of the brain that controls motor skills may have been compromised, leaving her as either a vegetable or in a wheelchair.”

Melissa Rivers is still by her mothers’ side and released another statement on Sunday, “We are keeping our fingers crossed.” Melissa remains in fear  that she will need to make a major decision regarding her mother’s health.  She, along with friends and family, are trying to remain positive that when Rivers wake from her Coma, everything will be okay.

Many are still wondering why Rivers decided to do such a surgery at a clinic rather than a hospital. Obviously, the clinic was not prepared to handle such an immediate emergency and had to have Rivers rushed to Mount Sinai Hospital in New York City on Thursday.

We will continue to keep you posted on her status and how she fares coming out of her medically-induced coma.