Joaquin Phoenix Lied About Being Engaged on David Letterman – He’s Actually Not Engaged! 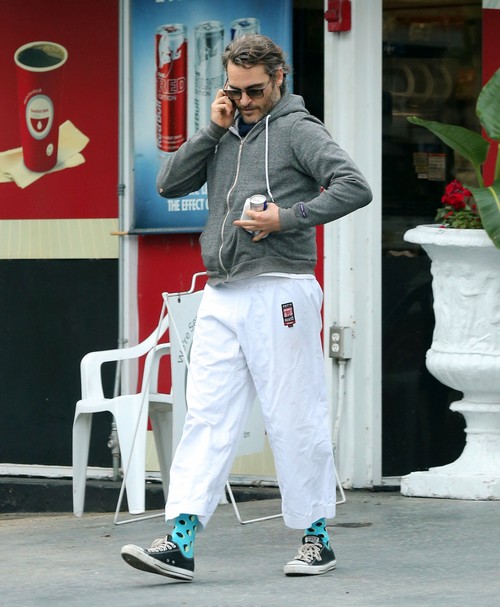 Joaquin Phoenix is having a ball of a time messing with the media again, even though it’s been years since his seemingly crazy meltdown on David Letterman. That was subsequently revealed to be part of his documentary, ‘I’m Still Here’, but at the time, everyone just thought that Joaquin Phoenix had gone bonkers. Obviously, we know better now, so we’ve already deduced that this is yet another plan to make a mockery of the media.

This time, Joaquin Phoenix decided to announce that he was engaged while on David Letterman [not so coincidentally, where he had his last meltdown]. He explained on Letterman the way he fell in love with his yoga instructor girlfriend, and then announced that they were engaged. That poor girl must have gotten the shock of her life, since Joaquin then confirmed that he was NOT engaged, via GMA. Good Morning America tweeted, “Joaquin Phoenix – not engaged. Says he needed to spice up his “story” a little bit to capture the audience. People do love engagements…”

Well, either he’s going all out in promoting Inherent Vice, or this is just his way of having fun while on a tiring media tour. Again, one of the biggest reasons that Joaquin Phoenix turned down the Dr. Strange gig was because he couldn’t commit to the grueling promotional schedule that the Marvel movies would have had him on, and I think we’re getting a clear picture of why. Phoenix isn’t the type of actor to play by the rules, as we’re seeing here – he’ll say and do whatever he wants, and everyone else will just have to be alright with that.

What do you guys think about Joaquin Phoenix’s faux engagement? Let us know your thoughts in the comments below.