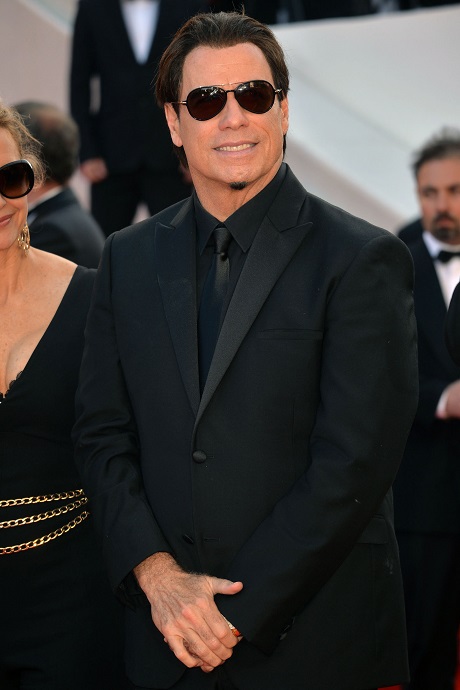 John Travolta and Kelly Preston have their Scientology overlords to answer to, which is why they’ll never, ever be able to break up. It doesn’t matter that John’s sexuality has become something of an open secret over the past few years, and it doesn’t matter that Kelly Preston probably always knew that John was gay. What does matter is the image that they portray, the image of a happily married couple with no marital issues.

But would a happily married man spend most of his free time in massage parlors, feeling up masseuses every chance he gets? Seriously, Hollywood is no longer the place it used to be in the 90s, and coming out as gay doesn’t really hurt people’s careers anymore. John Travolta is not even considered a leading man anymore, and as a character actor, his sexuality won’t affect his career or the roles he’s offered. The only thing it might affect is his relationship with the Church of Scientology, but there’s the rub, right?

Scientology has somehow managed to create a cult-like following among its celebrity practitioners, and John and Kelly definitely fall into that sphere of belonging. In fact, a new report from the National Enquirer suggests that the only reason John and Kelly are still together is because the Church has forbidden them to separate. A source tells the Enquirer, “I think Kelly feels trapped, but she’ll follow what church leaders say because she and John are now Scientology’s most high profile couple. They’ve been told it would be ‘disastrous’ to the church if they divorced, so to shore up their reportedly crumbling marriage they’ve been advised to undergo some new counseling.”

Now that Tom Cruise is no longer married, Kelly and John actually are Scientology’s highest-profile couple, not counting Will Smith and his wife, Jada Pinkett Smith. So if Kelly and John were to break up after many years of marriage, the press would definitely have a field day with the Scientology connections, much as they did with Tom and Katie Holmes. So yeah, I believe that Scientology leaders have influenced Kelly and John to stay together, and unfortunately, I don’t see them leaving the religion any time soon. John will just have to stick to his massage parlors, and hope that the public is too preoccupied with other scandals to notice.

Will John Travolta/Kelly Preston divorce? Let us know in the comments section below!