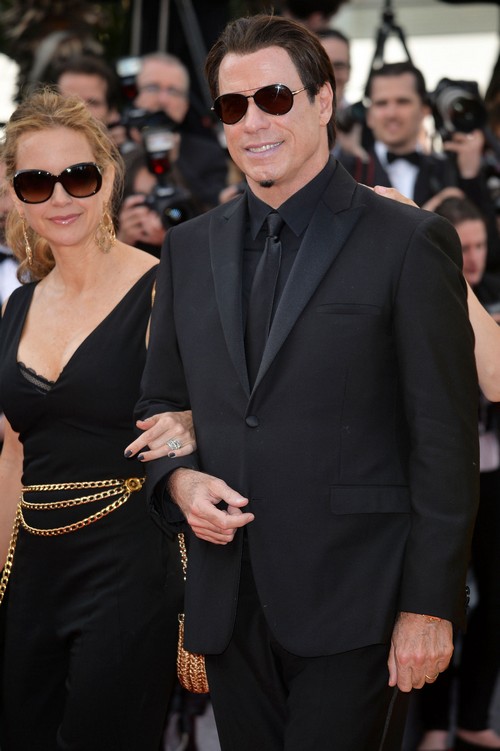 John Travolta and Kelly Preston reportedly want to get divorced, but are not being allowed to get one. This is what happens when you’re a celebrity couple that’s a part of Scientology. Your decisions are no longer your decisions, and every move you make has to be analyzed and approved by the overlords. It’s actually quite tragic, especially when you consider the fact that John’s penchant for male masseuses has become an open secret, and Kelly’s probably suffering with the humiliating knowledge that everybody knows that.

And yet, they have to stay together for the sake of Scientology’s public image, their own desires be damned. A source tells the National Enquirer, “I think Kelly feels trapped, but she’ll follow what church leaders say because she and John are now Scientology’s most high-profile couple.” Apparently, John and Kelly are being forcibly put through marriage counseling, because the Church has ‘taken some hits‘ over the recent years [i.e. Tom Cruise‘s disastrous divorce from Katie Holmes], and they can’t afford for another high-profile celebrity couple to divorce.

However, Kelly and John divorcing would be nothing like Tom’s divorce from Katie. For one, Kelly’s also a part of Scientology, and has been for many years now. Secondly, John has never been on Tom Cruise’s level of fame, so the public just won’t be as interested in his affairs as they were in Tom’s. I mean, a LOT of people know about John’s affairs and the truth about his sexuality, but you don’t see endless reports on that, do you? No, because people stopped caring about John Travolta gossip a long time. It’s just sad that the Scientology leaders haven’t figured that out, and let John and Kelly do whatever they want. The alternative is that they continue to stay together in an unhappy marriage, but what does Scientology care about that, right? As long as they can continue paying money and bringing them publicity, the powers-that-be will insist that they stay together.