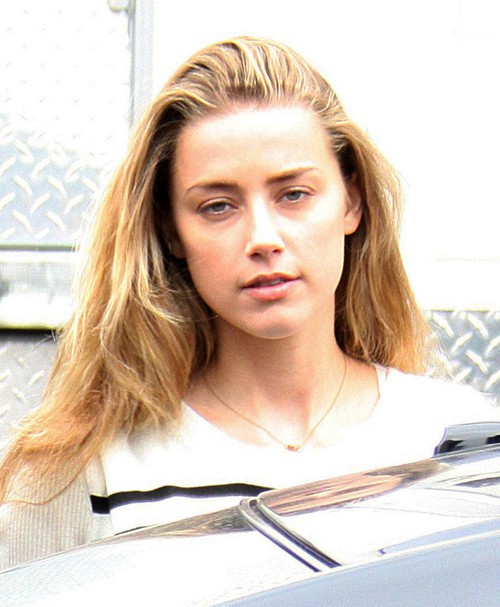 Several new reports have been claiming that Amber Heard has created a strong stepmother bond with Johnny Depp‘s two children, Lily-Rose and Jack. Um, Lily-Rose is 14 years old and Amber is 27 – I would hardly call that enough of an age difference for Amber to start playing stepmother.

Also, these reports are in stark contrast to what we keep hearing, which is that Lily-Rose and Jack, along with their mother Vanessa Paradis, despise Amber and her gold-digging ways.

Sure, Amber sees Lily-Rose and Jack every weekend along with Johnny, but who do you think they spend most of their time with? That’s right, that would be their mother, Vanessa Paradis. Vanessa’s the one who takes care of Lily-Rose and Jack on a daily basis, and so of course she’s going to pass on her feelings to her children. Plus, neither Lily-Rose nor Jack are young enough to forget the fact that their father dumped their mother for this random Hollywood starlet. You think that’s going to endear her to them?

I don’t doubt that Amber is working hard to win them over, and perhaps she has – to some extent. But trust me, their loyalties will always lie with their mother over their ‘stepmother’. They can’t hate on Johnny for doing what he’s doing because he’s their father. But they can certainly withhold their affection from Amber, even if she keeps taking Lily-Rose shopping and buying Jack whatever he wants. I think Vanessa, and to some extent her children, realize that Amber’s not in this for the long haul. She’s looking for a long-term boost to her career and Hollywood profile, and once Johnny starts resembling the crypt keeper [he’s well on his way there], she’s out. And Johnny’s children are smart enough not to waste their feelings on someone that they know is just a temporary fixture in their lives.

Amber Heard doesn’t even like men but all of a sudden she ‘loves’ Johnny Depp enough to marry him? His children and ex aren’t fools in love and can see right through the ambitious pretender.