Julia Roberts Gets Flirty With Mark Ruffalo – Is She Cheating On Husband Danny Moder? 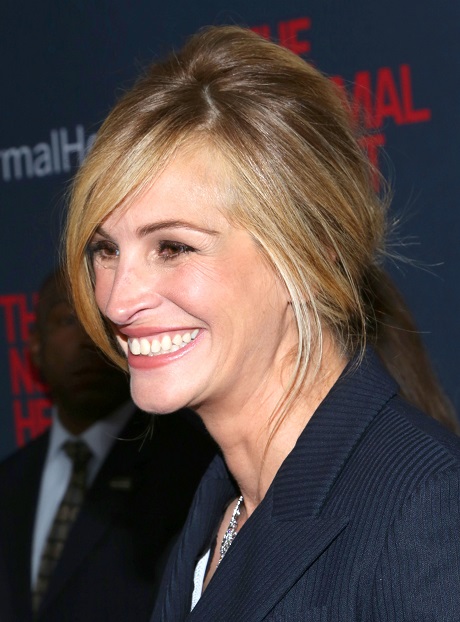 The more I learn about Julia Robert‘s the more I start to believe that she’s everything but “America’s Sweetheart.” The first person to really go on the record to dime Julia out was her late-stepsister, Nancy Motes. After years of feeling bullied by Julia, Motes eventually told her story to the press and the two women continued to battle until her suicide last February. Julia’s husband, Danny Moder, has reportedly been bullied by her for years as well.

He’s used to letting Julia control everything, not to mention how she keeps tabs on everything that Danny does, but the situation with Motes made him really think. It must be pretty hard to understand how your wife can bully someone that much and feel no remorse after the fact.

According to the June 16th print edition of The National Enquirer, Julia decided to distract Danny from her control freak issues by flirting up a storm with Mark Ruffalo, her co-star in The Normal Heart. Danny has worked onset and couldn’t help but notice the chemistry between Julia and Mark. He also realized that his wife was working really hard to keep the married father of three’s attention. When it comes to cheating, Danny puts nothing past Julia.

She was gunning for him while he was still married to his ex and Danny also knows that Julia’s main dating pool consists of the men she works with — so anything is possible. This is just one more thing to cause major problems in Julia’s 11 year marriage to Danny. Will these two make it or is divorce coming?