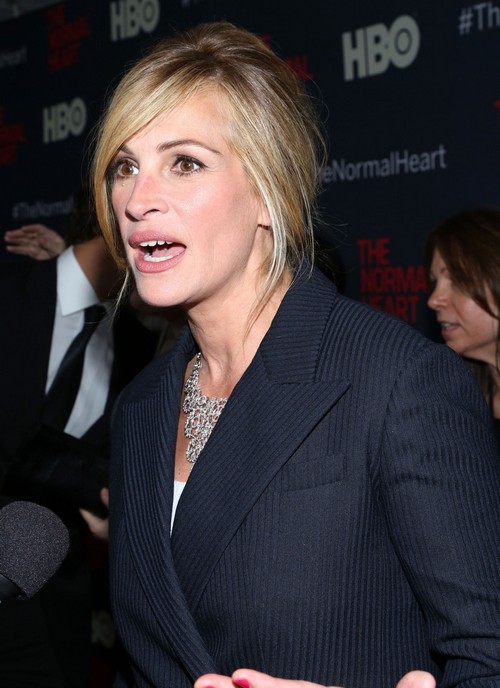 Julia Roberts used to be known as America’s Sweetheart, but it was a title that her step-sister, Nancy Motes, long fought against. Now, it seems that even Julia’s husband, Danny Moder, is on board with those who say that his wife is pretty cut throat and a bully. Julia has always been in control of her marriage and Danny has been reduced to Mr. Mom.

She realizes that when they first got together he was married and so she is afraid that if she loosens her grip then Danny will cheat on her too. According to the June 2nd print edition of Star Magazine, the suicide of Nancy has also effected the way that Danny views his wife.

Apparently, after years of being bullied himself, he now realizes just how far Julia is capable of going. Her relentlessly cold-hearted behavior directly connected to Nancy deciding to take her own life, and it’s a reality that Danny is having a hard time with. He also informed his wife that he wants to spend three weeks working on a documentary in the Pacific Ocean and her first response was to inform him that she isn’t funding his project. Hearing that he had other backing ticked Julia off because she can’t control his ability to go on this trip and she hates losing control of his movements.

The couple has reportedly tried couples therapy but the result hasn’t been so great. Instead of helping them to pull together, it’s demonstrating just how far apart they really are. Are Julia and Danny going to be the next big Hollywood couple to divorce? Tell us your thoughts in the comments below!