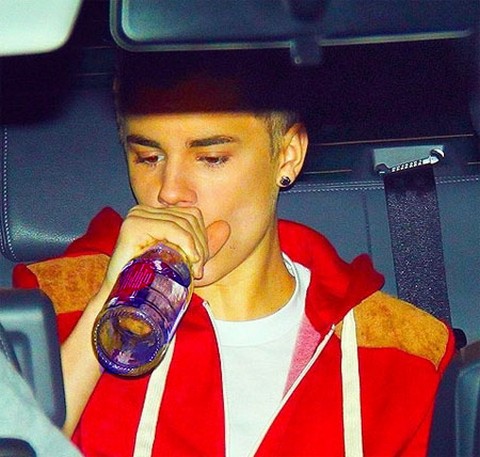 Either Justin Bieber was tipped off, or he’s not stupid enough to keep his drug stash at home – or he doesn’t use drugs… lol. According to reports, police didn’t manage to find any trace of illegal drugs at Justin Bieber’s home after conducting a raid during to their ongoing investigation into felony his vandalism case.

A source close to Radar explains, “No illegal drugs were found during a preliminary search of Justin’s house. He is obviously upset that cops basically had free reign and are going through his personal belongings in his house. Justin has been kept out of the house while the search warrant is being executed and is being watched over by several sheriff’s deputies.”

Well, no shit. When you decide to vandalize a neighbor’s house without provocation, and cause almost $20,000 in damages, you give up your right to privacy. Justin’s an idiot for thinking that he would get away scot-free, and it’s about time he faces the consequences of his action. Fortunately for him, the cops didn’t find traces of anything illegal in his house, which is somewhat difficult to believe.

Although cops were trying to find traces of egg residue or anything particular related to the vandalism incident itself, they would obviously be searching for anything else incriminating to help the charges stick. Alas, it seems like Justin’s got a sixth sense, because there’s just no way to believe that he didn’t have any drugs at his home.

Of course, a ‘source’ close to Justin also adds that he’s very upset with the judicial system, because he feels that it’s ‘over-the-top’ to send a dozen cop cars to someone’s house for an egging incident. Um, sure, if this wasn’t his billionth run-in with the law. How many times does he expect to get away with his ridiculous actions? Of course the cops are going to try to finally pin him, especially with the numerous complaints they constantly receive about him.