Justin Bieber Off Sizzurp While Preparing For Trial 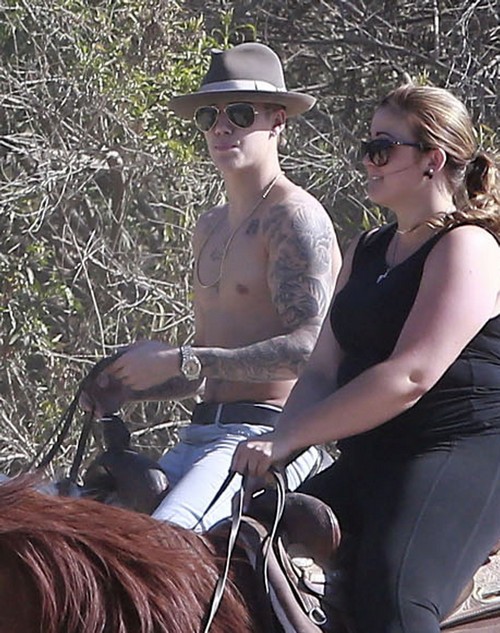 I guess it had to happen eventually right? I’m talking about someone having the ability to talk sense into Justin Bieber, who after a few straight years of hard partying seems to have cleaned up his act a little bit. According to sources close to Biebs he has finally kicked that nasty and highly addictive Sizzurp habit (CDL has serious doubts that Justin Bieber was ever addicted to Sizzurp). TMZ is reporting that he is on a huge health kick and working out like crazy is kind of hard to do when you’re high. Uhmm, it isn’t a health kick – it is a muscle-building kick so Biebs can look more like his bodyguards and need them less.

I’m going to take a bit of different angle with that because Biebs has allegedly spent much of the last 2 years hopped up on steroids, hitting the gym and then partying hard til’ the wee hours of the morning. Obviously he can lift while high because he has done it for years. The real motivation for Bieber’s cleaning up his act is the legal trouble that is right around the corner. He has been spending more time with his manager, Scooter Braun and his mother while preparing for trial and they have helped him to clean up his act a bit. Even Bieber realizes that he needs to go into court and leave a much better impression than his recent taped depositions did. The arrogant guy that we saw in that footage can easily have the book thrown at him by a tough judge so Biebs is at least working on trying to appear to be a nice young man.

Do you think that once Bieb’s legal issues are put to rest he’ll be back to heavy-duty partying? Do you believe that he really wants to change his lifestyle or is it more necessity to look good in court? Tell us your thoughts in the comments below!

Justin Bieber enjoys a day of horseback riding at Griffith Park on May 12, 2014 in Los Angeles, California. When Justin spotted the cameras, he decided that it was time to lose his shirt and show off his tattoos! Bieber was recently booed by the crowd at a Los Angeles Clippers game when he was shown on the scoreboard during the game alongside his mom!