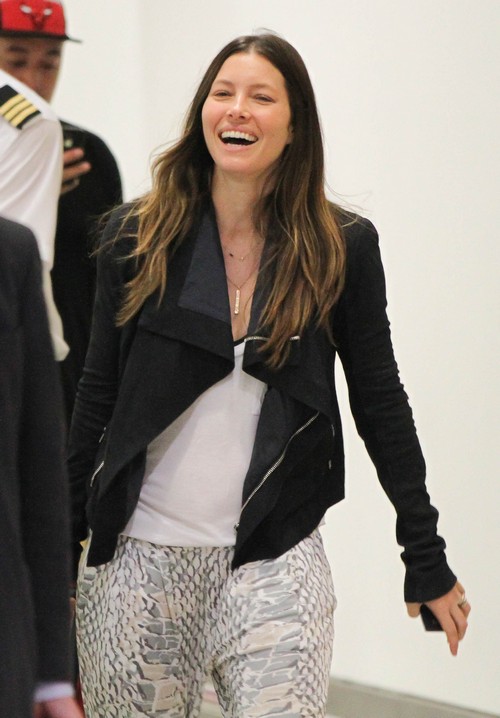 Justin Timberlake and Jessica Biel are ready for a war.  The hot celebrity couple are gearing up to sue the German Bauer Media Group, publisher of ‘Heat’ magazine. The couple has filed a complaint for defamation in the High Court in Dublin after last month’s publication of photos in the magazine, and an article.  Some of the statements in the article were about the ‘Total Recall’ actress. On October 10, The Irish Independent reported that two separate but related defamation proceedings have been presented by the couple in the last two days.

The past few days there has been talk about Justin and Jessica heading for a possible divorce because of some hot pictures where the singer was getting cozy with singer Zenya.  The lawyer for Biel and Timberlake did confirm that the couple’s lawsuit is most definitely underway, but that the actual process can take more than a year.

Justin and Jessica’s lawyer Paul Tweed said this about the proceedings: “We have issued defamation proceedings on behalf of our clients, Justin Timberlake and Jessica Biel, in relation to an article and a headline in Heat magazine. We are suing in Ireland in relation to publication in all jurisdictions, as our clients are entitled to do.”

To most young girls’ dismay, the two were married October 19, 2012 in the exclusive resort of Borgo Egnatia, near Savelletri in Puglia. Rumors are they are expecting their first child together. CDL reported that Jessica Biel was spotted recently with a definite baby bump while vacationing in Sydney, Australia. If the pregnancy rumors are true, this will be the first child for Timberlake, who’s 33, and Biel, who’s 32.