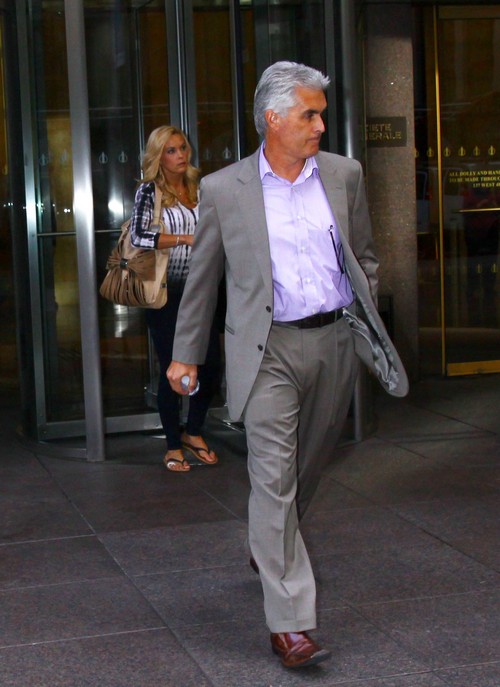 Just a few weeks ago we were hearing that Kate Gosselin’s “bodyguard” Steve Neild had finally left his position and had high-tailed it back to his wife Gina and their two kids. It seems that for whatever reason, he just can’t stay away from Kate. First the duo was spotted together with Kate’s kids at a One Direction concert and now there has been a sighting of the entire crew at Plimoth Plantation in Plymouth, Massachusetts earlier this week.

Sources say that Kate and her eight kids had a film crew following them as they arrived at the location shortly before 5 pm on Monday. Steve was most certainly with them. There was no obvious hands-on interaction between the two but just the fact that they are back together again leads us to believe that all is well and that their secret romance must be on again. There’s no way that Steve’s wife would allow him to go back to Kate to work as a bodyguard once again if he was working on his marriage as had been alleged earlier this summer.

What on earth is it about Kate that keeps this guy on the hook? She has been dubbed a monster mom- seemingly for good reason and her treatment of men has been well documented. It’s amazing Jon Gosselin crawled out of the marriage to Kate in one piece! Why does Steve prefer Kate to the family that he built with Gina years ago?

As for the film crews, do you think that Kate is working on another special or could a new regular reality show be in the works? Will you tune in either way? Tell us in the comments below!