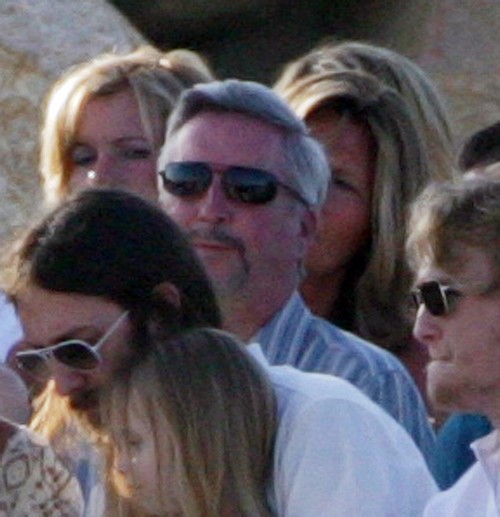 Many people don’t realize that Kate Hudson actually has an estranged father, not just a famous mother, Goldie Hawn, and a famous stepfather, Kurt Russell. However, Kate’s biological father, Bill Hudson, has been giving snarky interviews about Kate Hudson being a cheater just like her cheating mother Goldie Hawn recently, and let’s just say that they are not very nice.

Kate Hudson recently ended her marriage with Matt Bellamy, and was then reportedly making out with Derek Hough a few days later. And with Kate’s family, the pressure to find a husband has been increasing ten-fold, some because of ‘tradition’ and some because her own family got married so early [and see where that got them….] Of course given that Kate Hudson is a cheater according to dad Bill Hudson, what’s the rush to marry?

Anyway, Bill decided to grab his fifteen cents of fame and NOT regard any of this. Instead, he told Life & Style Magazine, “Kate has a wandering eye, just like her mother. Kate grew up in an environment where her mother was this exotic, glamorous creature. It makes sense that she equates love with excitement.”

Honestly, I don’t know how Kate and the rest of her family is going to get past this. On the one hand, Bill is estranged from Kate and doesn’t really have a relationship with anybody in her family. But does that give him any right to make judgments on her sex life or her love life? Never mind that there actually are rumors about Kate Hudson cheating on Matt Bellamy. That’s the tabloid explanation for Kate’s relationship woes, and it’s not something that should ever be brought up by her own father again – regardless of whether they are true or not.

Don’t you guys agree? Bill is clearly leaking the details of Kate Hudson’s relationship troubles to keep his cache in Hollywood matters, even though that means that Bill is obviously going to make his fair share of enemies in the industry. He’s already estranged from his own daughter, but Kate Hudson, Kurt Russell, and Goldie Hawn are not light enemies to make in Hollyweird.

What do you guys think about Bill Hudson calling his own daughter a cheater? Let us know your thoughts in the comments below.