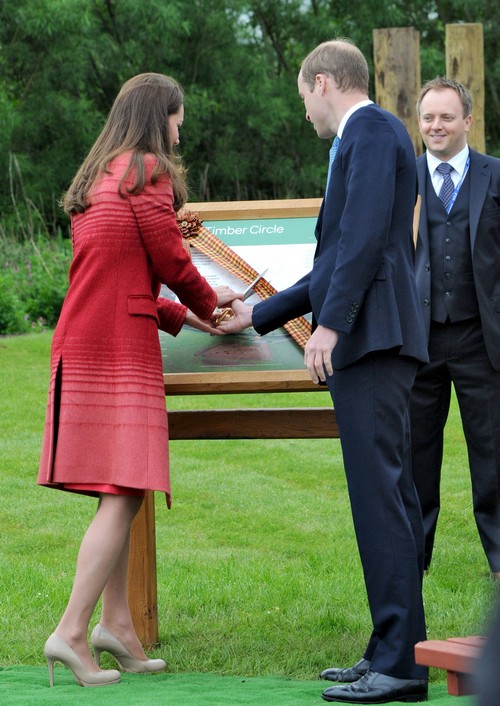 Kate Middleton clearly can’t stop her butt from being photographed, but she can prevent anyone from getting a scandalous photo of it. Since she seems incapable of wearing proper underwear or weighting her dresses down, she’s reportedly hired a bum guard to prevent photographers from getting any more naked bum pictures.

Seriously, wouldn’t it be a much easier solution to just wear something underneath her dress? People are already starting to view all her naked scandals as publicity stunts, and others are just calling her an exhibitionist. Regardless, there seem to be simpler options to prevent this kind of scandal from happening again.

We already know that Kate’s not going to stop wearing dresses, not she should she have to. However, hiring a guard to block her butt at all times seems to be overkill, no? First of all, one person can only block so much from behind. From the right place, a photographer could still get a naked bum photo, especially if taken from the right angle. If Kate really wants to prevent a photo being taken, she’ll have to hire three bum guards and place them around her at all times. It’s just too ridiculous of a notion to ever come true, even though it would have been funny to see the royals attempt it.

In the end, I’m sure Kate’s received enough backlash from the public and a severe talking-to from Queen Elizabeth, and I doubt this will happen again. If it does – well, we’re just going to have call a spade a spade, and admit that maybe Kate is an exhibitionist.