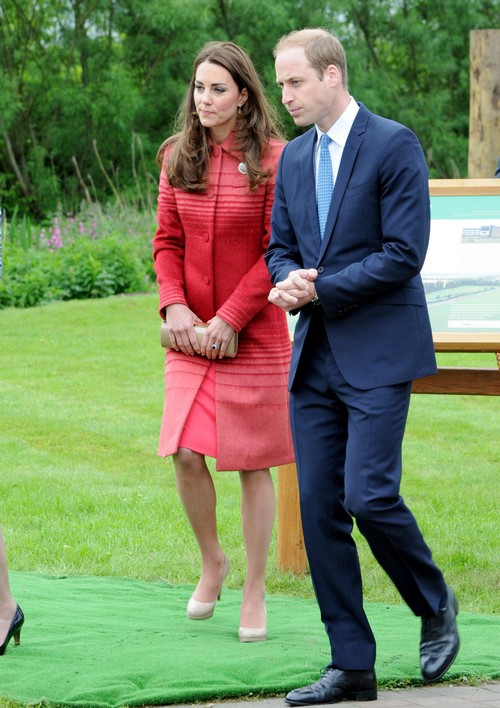 Kate Middleton is so worried about preventing future bare bum pictures from being taken that she’s reportedly hired a ‘bum guard‘. Yeah, you read that right.

By now, everyone who reads the Internet knows about Kate’s naked bum photos. She was walking in front of photographers during a windy day, her dress flew up, and some enterprising [and creepy?] photographer managed to get a shot (Photo Here!) of Kate’s bare bum – no slip, no underwear, nada.

Of course, the royals have been internally freaking out after the pictures were released on the Internet, especially since they were taken legally and there was nothing that they could do to get them taken down. However, sources say that Kate’s already taking steps to prevent this from ever happening again, and step numero uno has been to hire a ‘bum guard’.

Apparently, this guard [female, of course] will accompany Kate in every possible public venue, both on personal and official business, and stand guard next to Kate to prevent anyone from getting compromising photos of her. A source tells the Daily Star, “Kate will now be watched all the time. We can’t afford any more embarrassing photos like this. She needs more protection to spare her blushes.”

See, I can completely believe that the royals would beef up security to prevent this from happening again. However, there is a very, very easy solution to this problem – wear proper underwear! Or better yet, wear underwear and then another layer on top of it. Don’t give me comfort as an excuse either – she’s the freaking Duchess of Cambridge, and if she doesn’t want people to see her bum, she can very easily take steps to prevent that. Weight her dress down, wear a slip, something. Anything else used an excuse is just dilly-dallying around the issue. This has happened too many times for Kate not to have learned her lesson, and if it happens again, people will start to wonder if it’s just a publicity stunt.