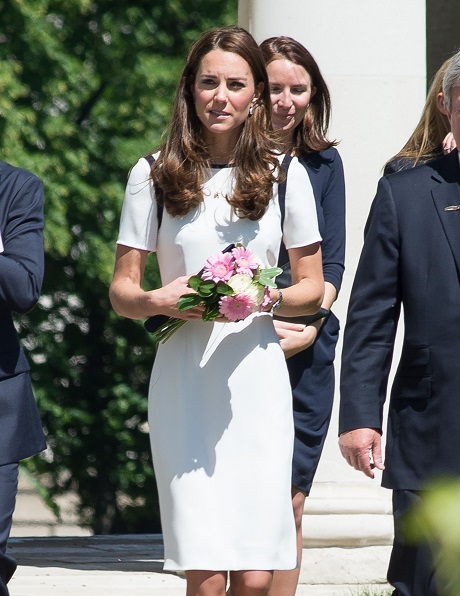 Kate Middleton is eager to get her lil’ prince out on the water! Kate, who’s a bit of a sailing enthusiast herself, met with sailing hero Sir Ben Ainslie — and he offered to take Kate and Prince George out on the water whenever the family’s ready! Apparently, the sailing legend would start George out in a small children’s dinghy called an Optimist dinghy.

Wow, how precious. How adorable would it be to see lil’ Prince George setting sail. I mean, I’m sure he’d have some supervision to begin with . . . . But who knows? They could just give him a little push and hope he’s a natural.

She visited the National Maritime Museum at Greenwich in London on Tuesday to support Ainslie, who will skipper a team in the 35th America’s Cup, to be held in 2017.

What do you think about Kate and her sailing dreams for Prince George? Kate’s family has a great interest in sailing, which she demonstrated quite skillfully when she beat her husband, Prince William, in a race while touring New Zealand. Check out the photos of Kate’s visit to the museum and let us know what you think!

Image credits to FameFlynet: Kate Middleton, Duchess of Cambridge, visits the National Maritime Museum at the Viaduct Basin in London, England on June 10, 2014. Kate looked stunning in a white dress with black accents, and was joined by Sir Ben Ainslie.