Kate Middleton Pregnant With Baby Boy, Not A Girl New Rumors: Prince William a Son not a Daughter? (PHOTOS) 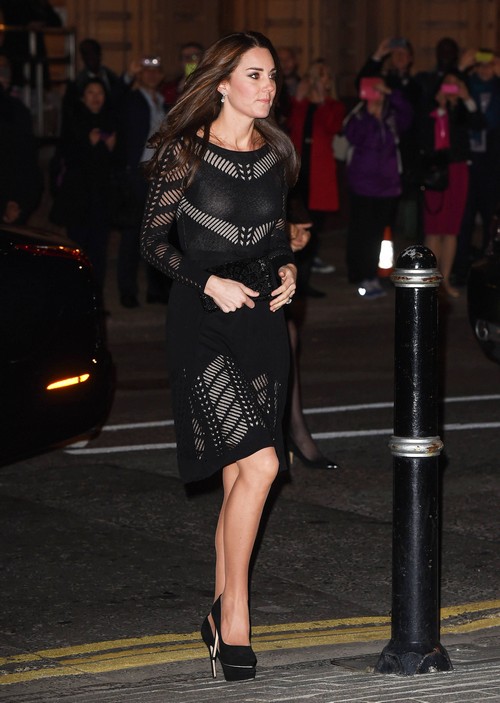 Is pregnant Kate Middleton having a baby boy or a baby girl – everyone wants to know if rumors of a son or a daughter are solid since a twin pregnancy was ruled out by the Palace last week. Kate Middleton’s pregnancy is still a hot topic of discussion, especially since she’s now out of the woods and making public appearances again. Although there were news reports concerning the baby’s sex last week, sources tell us that neither Kate nor Prince William know the baby’s sex just yet. We have heard that IF Kate Middleton and Prince William want to find out the royal baby’s sex after the next weeks, they will be in a position to do so. At that point, we’ll be nearing the end of Kate Middleton’s first trimester, and that means that the doctors will be able to tell Kate and Will should they want to find out – hopefully they will announce the baby’s sex so we won’t have to rely upon rumors. So basically, even though we’ve been hearing that Will and Kate are expecting a baby girl, they very well could be expecting a baby boy – and Prince George could be getting another punching bag to add to his collection.

Of course, the royal baby’s gender is not the only topic of discussion concerning Kate Middleton, although it’s certainly one of many. Right now, Kate is out and about, making appearances, and sticking to her royal engagements. The royals released an official statement saying that Kate was doing much better, but if that’s the case, then why is she still staying at her parents’ Bucklebury home? Is it because she’s trying to keep herself in isolation, away from the intense media speculation that surrounds Kensington – especially after the wardrobe malfunction snafu last week? Or is it because she’s fighting with Prince William, as has been rumored?