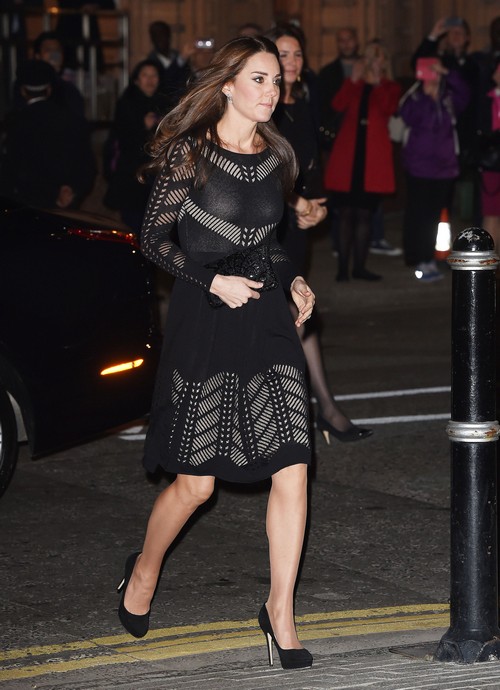 Kate Middleton is living with her mother at Bucklebury rather than at home with Prince William at Kensington Palace. Are Kate and Will fighting? Is there a deep rift between Kate Middleton and Prince William or is Kate merely avoiding the pomp and circumstance that surrounds her London residence? The royals have officially confirmed that Kate Middleton’s health is much better, releasing a PR statement stating that, “Kate has been doing well enough to undertake engagements. She’s continuing to improve. It’s fair to say that she’s feeling a little better now.” Bottom line is that the princess we saw glowing at her official appearances last week might have been fighting with Prince William but wasn’t suffering from morning sickness.

Well, she did make several back-to-back appearances last week, so we could have said as much ourselves. However, if Kate’s health is really doing that much better, why is she still staying at her parents’ Bucklebury home instead of returning to Kensington?

Even though Kate Middleton and Prince William have been the picture of a perfect couple during all these royal engagements, we’re starting to get the inkling that all is not copacetic in Kate-and-Will land. What other reason would Kate have to avoid returning home for so long? She does have Prince George staying with her at Bucklebury, and obviously her parents [Carole Middleton and Michael Middleton] are helping her out with her son while she recovers. But she also has an entire staff that could do the same thing at Kensington, not to mention her HUSBAND.

There’s also the explanation that Kate might just want to avoid the media scrutiny that comes from living at Kensington, not to mention the endless list of royal spies, media spies, and people leaking information to the press left, right, and center. However, it’s certainly curious that Kate is postponing her return to Kensington even though her health is better, her morning sickness is mostly gone, and she’s already taken to making public appearances in London. Very curious, indeed.

What do you guys think? Is Kate Middleton’s relationship with Prince William in trouble – are they really fighting? Or does the princess just want her privacy while she recovers, in the comfort of her childhood home? Let us know your thoughts in the comments below.