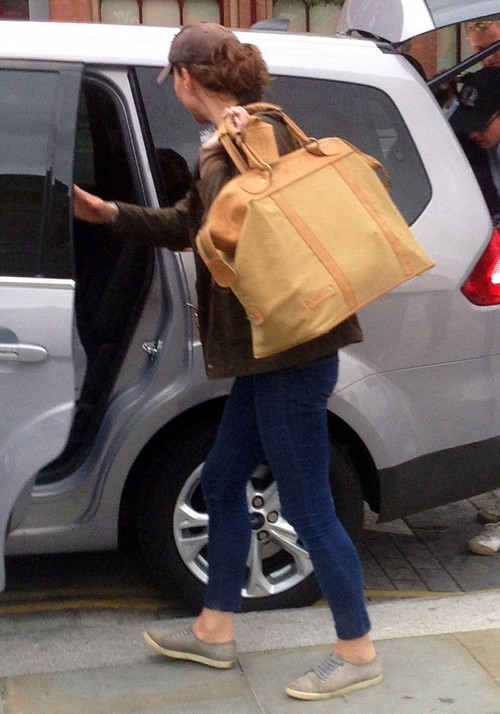 As we’ve been reporting over the last couple of days, Kate Middleton is struggling with morning sickness which has seemingly worsened as she heads towards the end of her first trimester or the start of her second trimester. Kate is reportedly on the cusp of the first two trimesters and in another few weeks she should start getting better. Unfortunately, there’s that saying about how things always get worse before they get better, and I think that applies here. We all know that Kate ran home to mother Carole Middleton after a fight with Prince William but then the royal couple made up when the prince went . The question is what was Kate and Will’s falling out about and is their reconciliation solid? Sadly for gossips this information is not yet available but we are digging!

Hypermesis Gravidarum is a rare enough disease that it doesn’t afflict most expectant mothers, so Kate Middleton definitely got the short end of the stick there. However, Kate’s now having to deal with royal pressure to get better and start appearing at royal engagements, even though she’s still puking her guts out.

Just last month, a royal source claimed that they were expecting Kate to be back on her feet and making public appearances by October, and guess what? It’s October, Kate Middleton’s morning sickness has gotten worse, and she’s been forced to move home so that her parents can take care of her at Bucklebury – I mean that is the official story. But we know that a fight with Prince William precipitated Kate’s move back home. You know that she Kate really is sick, not putting it on so she doesn’t have to dress up and come outside.

A spokesperson has commented on Kate’s absence, simply stating, “Her engagements are being reviewed on a case by case basis.” Thus far, Kate’s missed several local engagements last month, the Malta trip, and several other trips planned for this month. Prince William is reportedly planning on taking Kate on a personal trip to New York, but at this rate, she won’t be fit for travel for at least another two months – one for the illness to stop in full, and another to recover from it. For an update on Kate’s status check our latest post here.