Kate Middleton and Prince William Back Together After Fight and Move to Bucklebury: Announce Joint Public Appearance 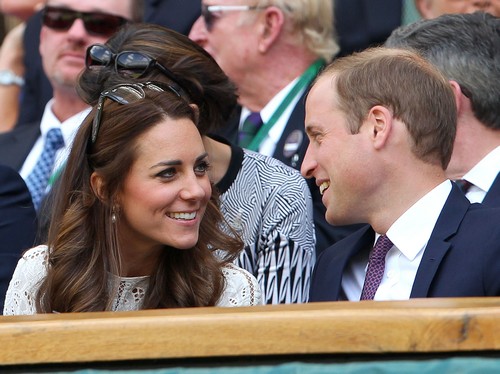 Kate Middleton has already had a pretty eventful pregnancy since the Palace confirmed she and Prince William are indeed expecting baby number two in early September. After the pregnancy was confirmed the Duchess of Cambridge was diagnosed with another bout of Hyperemis Gravidarum, forced to cancel her Royal engagements, then she ousted Camila Parker-Bowles from her family, and then she got in a fight with William and went to go stay with her mother Carole Middleton in Bucklebury. Oh, and some time in the last month she also found time to start growing her highly anticipated baby bump, which may or may not be harvesting a set of royal twins.

Although we aren’t exactly sure what spurred Prince William and Kate Middleton’s fight and falling out, but we are sure there was one. Kate Middleton’s entire medical staff was at Kensington and she was being waited on hand and foot. Something had to have happened between Kate and Will to inspire Kate to fight with the prince, pack her bags and go running back to her parents’ house in Buckelbury. Why else would she have given up around the clock service and her personal medical staff? Face it, when a couple fight it is not unusual for one of them to move home to their mom’s house and Kate is known to be especially close to Carole Middleton.

At this point the reason behind Prince William and Kate Middleton’s feud really is irrelevant, because reports are emerging that the Royal couple has officially made up, or are pretending to have made up for the people’s sake. William and Kate’s first official public appearance since their confirmed pregnancy has been scheduled for Sunday October 21st. According to reports from the Palace they will be meeting the President of Singapore in the Royal Gardens on behalf of Queen Elizabeth.

So, why do you think Prince William and Kate Middleton were fighting? What did Will do that forced his wife to move back in with her mother? Are they still in a fight and putting up a happy couple façade, or do you think they have worked out their issues? Let us know what you think in the comments below!