Queen Elizabeth Orders Prince Harry to Marry an Aristocrat, Not a Commoner Like Kate Middleton? 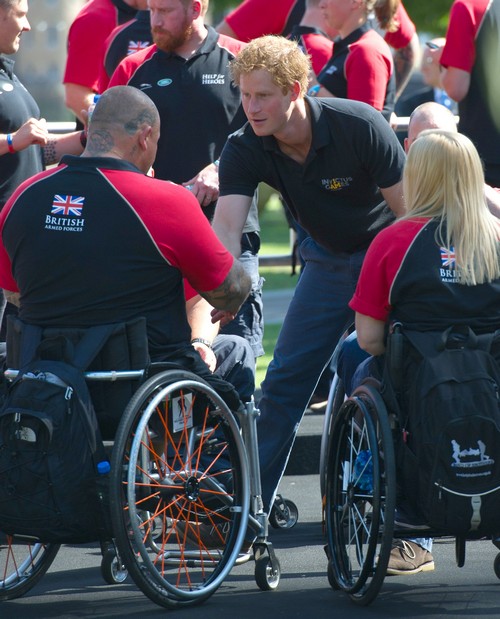 Prince William has always seemed like a nice, down to earth kind of guy so it wasn’t too shocking when he fell in love with and married a woman like Kate Middleton who didn’t come from privilege. It almost made sense that William was drawn to Kate, a commoner that appealed to all of the sensibilities that Princess Diana had instilled in him before her tragic death in 1997. The people love Kate Middleton and Prince William as a royal couple for their sense of normalcy. They say that they want to blend in as much as possible and then do things to back up that sentiment. Unfortunately not everyone appreciates just how basic Kate really is.

Queen Elizabeth has had her share of battles with Kate and considers her to be a major rule breaker. Whether she is rebelling against royal traditions or forgetting to put her panties on when wearing a floaty bum-exposing dress, Kate has proven to be quite the wild card and it’s a situation that the Queen would rather not see repeated. That’s precisely why, according to the Aug. 25th print edition of Life & Style Magazine, Prince Harry has been all but ordered to choose a wife with rich pedigreed and a privileged background. Elizabeth thinks that the last thing that the monarchy needs is two commoners that need taming.

Here’s the problem though, Harry is hardly one to do as he is told. Do you think that the prince will allow anyone to put stipulations on the kind of woman that he can marry? Will he pick the right woman according to Queen Elizabeth or is he more inclined to follow his heart? Chances are Harry isn’t going to want to settle down with a stuffy, boring woman just because she was born into the correct family, right? Tell us your thoughts on what you think Harry will end up doing in the comments below!