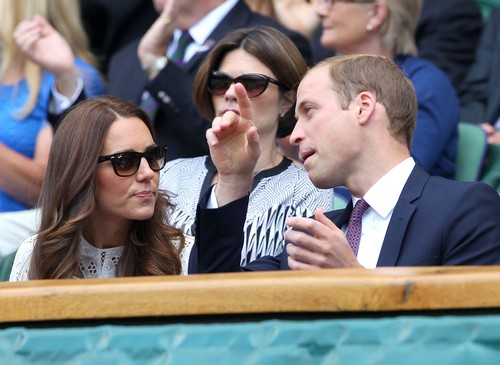 Kate Middleton is still suffering from Hyperemesis Gravidarum, and is currently nearing the end of her first trimester of pregnancy or in the early part of the second trimester. However, there are contrasting reports on the severity of her illness and the current status of her alleged fighting with Prince William. Some reports claiming that Kate Middleton has nearly recovered from the chronic morning sickness, and others claiming that Kate is getting worse – same with the falling out with her husband that drove her away from Kensington Palace and back to her mother’s house. Some outlets claim Prince William is with Kate and offering support but others allege that the royal couple are barely speaking. One fact that is indisputable is that Kate Middleton is behaving as if she were in hiding. If Kate can stay at her mother’s house, which means she doesn’t need to be in hospital, then she is certainly well enough to make at least a short public appearance.

What we do know is that Kate has cancelled all of her public appearances for the first half of October, despite the royals’ best efforts to get her out and about. We also know that Kate is currently staying at Carole Middleton’s and Michael Middleton’s Bucklebury home, and previous sources had attributed that to Kate’s illness getting worse. But considering that Bucklebury is a significant distance from Kensington – and thus, most of Kate’s main doctors – she must not be that sick, right?

Of course, another explanation for Kate Middleton’s under-the-radar transfer from Kensington Palace to her parents’ home in Buckelbury could be that she was still fighting with Prince William. Kate Middleton and Prince William fighting is nothing new, at least not as far as the rumor mill is concerned. But Prince William not being present by his wife’s side while she’s suffering through this very horrible illness is a cause for concern, no? One could say that Will now has to bear the brunt of the royal engagements himself, since his wife can’t make any appearances. But you’d think that he could also go live with her for a while, at least until she feels better. So the question remains – where is Prince William, and is he staying at Bucklebury with Kate Middleton?

What do you guys think is the truth? Are Kate Middleton and Prince William fighting and having problems? Is Kate Middleton’s morning sickness illness getting worse, or getting better? Let us know your thoughts in the comments below.