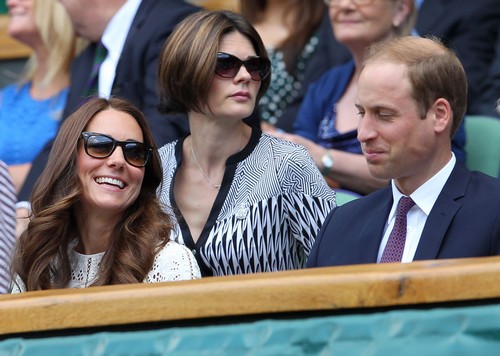 Would you like to be Pregnant Princess Kate Middleton for a day? Newsweek just conducted an absolutely ridiculous survey in the United Kingdom, polling respondents and asking if they’d want to become Kate Middleton for one day [if you’re a woman] or whether you’d like to be married to Kate Middleton [if you’re a man]. Guess what? Most people don’t give a rat’s ass about the royals, and they’d rather stay themselves instead of turning into members of the royal family – even for just one day.

What’s even more ridiculous is Newsweek’s insistence that this somehow spells the end of the royal family. Um… no, I think it just shows that people in the UK aren’t idiots, and realize that being a royal doesn’t mean your life is suddenly sunshine and daisies. You can say all you want about free will, but at least most women are allowed to decide when/if to become pregnant, and do what they want with their lives. Kate Middleton does not have that freedom, even if she does get all the benefits of being a ‘royal’. Would you trade months of agonizing morning sickness and bouts of Hyperemesis Gravidarum in order to birth the heir? Yeah, I didn’t think so.

And let’s just say you are willing to sacrifice that much of your life to become a royal, what about everything else? Kate and her mother, Carole Middleton, had been planning Kate’s conquest of Prince William for many, many years, and finally succeeded. But even then, Kate’s had to give up any personal ambitions she had in her own life, all in order to become an official member of the royal family.

So in summary – Newsweek may think that this Kate Middleton ‘poll’ reveals the public’s disenchantment with the royals, but I think all it does is prove that the viewing public doesn’t necessarily have their heads stuck up the royal family’s ass.